A Fighting Chance for Democracy: John Ferejohn investigates the intertwined histories of armed conflict and the expansion of democratic rights 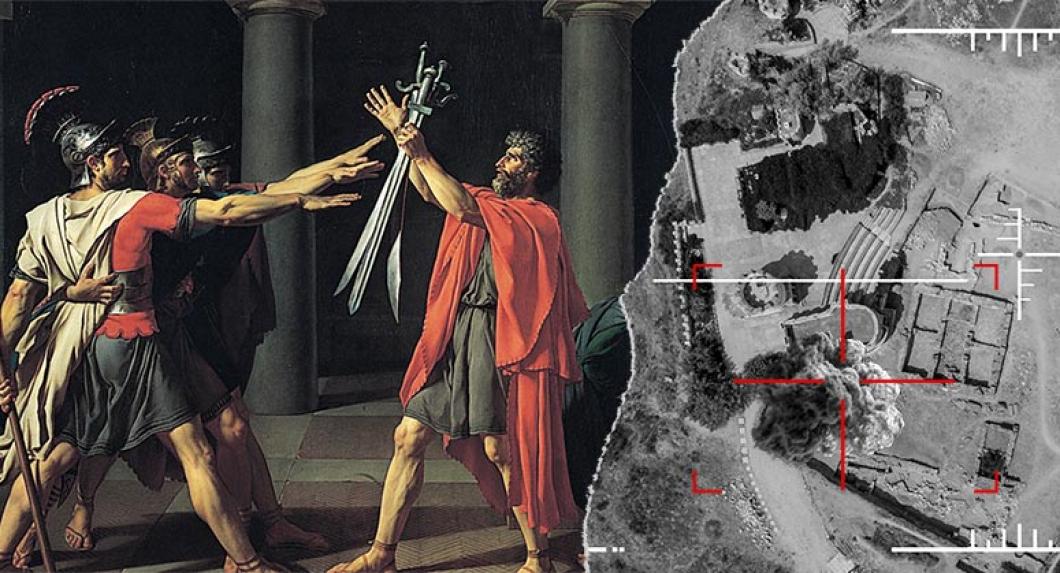 A person living in the US in the past half-century might reasonably believe war can be counterproductive to modern democracy. American military involvement in Vietnam and Iraq, which persisted despite the electorate’s widespread opposition to both conflicts, weakened public confidence in political institutions, and the potential manipulation of national intelligence remains a deep concern for many citizens. But John Ferejohn, Samuel Tilden Professor of Law, argues in a new book that another, more symbiotic angle to the relationship between war and democracy has much longer historical roots.

Forged Through Fire: War, Peace, and the Democratic Bargain by Ferejohn and Frances McCall Rosenbluth, Damon Wells Professor of Political Science at Yale University, traces the origins of the links between armed conflict and democracy’s expansion. According to Ferejohn, an expert in political institutions and political behavior, one of the biggest challenges was defining democracy—a perennial question in philosophy, political theory, and history. In ancient Athens, for instance, only about 12 percent of the population—native and male—had full citizenship with political rights, but those rights were meaningful and broad. “Whatever it is they achieved allowed for a great deal of relatively free thought and liberty,” explains Ferejohn, “but it was a closed system.”

When Ferejohn and his co-author embarked on their project, they acknowledged the limits of their expertise. “We’re political scientists, not historians,” says Ferejohn. “We’re not in a position to do primary-source research through all of human history, so we had to build on secondary sources.” They sought out top experts, convening a conference at Yale in 2004, attended by leading scholars of ancient Athenian democracy, to investigate the connections between war and democracy in that civilization. Subsequently, the co-authors held a conference with historians specializing in the Roman Empire.

For Ferejohn and Rosenbluth, the contrast between the two ancient cultures was instructive. While Athens severely limited citizenship, deriving military power from an effective navy and strong alliances, Rome took another approach: a large infantry made possible by increasingly inclusive criteria for citizenship. Those who benefited from more expansive rights proved more willing to fight for their government. “They were very different models,” says Ferejohn, “but they both had democratic elements that seemed to us to facilitate their military precocity.”

The co-authors organized a half-dozen more conferences with historians in various parts of the world. The finished book covers the landed aristocracy of the Middle Ages; French and Spanish monarchies; England, the Netherlands, and Sweden from the 13th to the 18th centuries; Italian republics during the Renaissance; early modern Europe; and mountain republics (where the natural defenses of the terrain made it less likely for invaders to assume power, thus allowing citizens greater democratic rights).

According to Ferejohn and Rosenbluth, the parallel evolutions of forms of government and martial technology greatly influenced the degree of rights enjoyed by the non-aristocracy. For instance, the heavy cavalry of the Middle Ages did not require mass numbers of peasants, so aristocratic power remained concentrated. Everything changed, however, when the rise of gunpowder weapons necessitating a large infantry forced the elite to concede some rights to the wider populace. Beginning in 18th-century Europe, the book asserts, wars of mass mobilization led to the form of democracy we now know, with the major powers developing huge standing armies requiring broad participation by the lower classes.

The book also notes the reluctance with which the US military relinquished racist policies preventing integration of the armed forces. Not until midway through World War II did an extreme shortage of enlistees prompt the military to actively recruit black soldiers. After the war, African Americans became an increasingly valued electoral bloc.

The co-authors argue that technological advances have obviated the need for massive infantries, along with attendant pressures to widen the scope of democracy. “The abolition of conscription, the rise of the professional army, the automation of warfare, the increased use of robotics and remoteness are things which make ordinary people less important to defending the homeland,” says Ferejohn.

And ordinary citizens, the co-authors assert, are vital for democracy and for a nation to succeed. War puts such an urgent demand on the state, Ferejohn explains, that the state requires support from the general populace. But the book suggests that the lessening need for bodies in the wake of technological advancements may be detrimental to democracy. While war may not be the only reason a government requires mass participation, unless everyday citizens are key to some such endeavor, Ferejohn worries that democracy may atrophy.

Ferejohn and Rosenbluth do not suggest war is a necessary evil, and the book offers optimism: “One ancient theme that still rhymes today is that societies benefit the most from political competition, not from militarized authoritarianism. Democracy’s best hope for emergence and survival in today’s evolving world is for us to support prosperity, tolerance, and pluralism wherever we find it.” But with the concern of democratic decline looming, Ferejohn poses the question: “Are we evolving technologically in a way that ordinary citizens are not needed to be more than consumers and voters?”