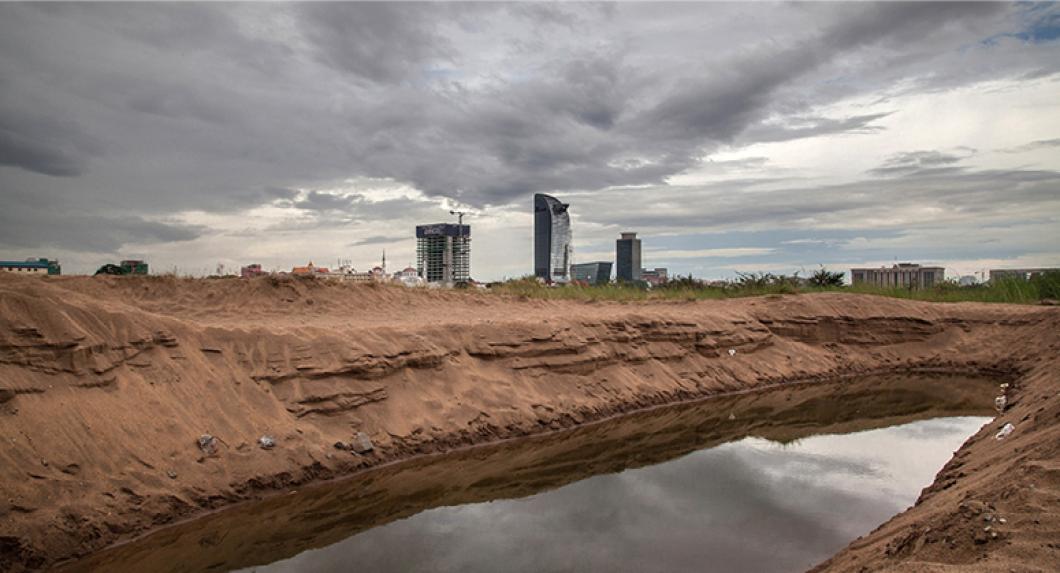 It has been a truth universally acknowledged—at least, by the World Bank and many economic and legal theorists—that developing countries looking for economic growth must be in want of stable legal property rights. In his new book, The Great Property Fallacy: Theory, Reality, and Growth in Developing Countries, Wilf Family Professor of Property Law Frank Upham is questioning this long-held belief.

Drawing on case studies from a range of countries and centuries, Upham argues that the relationship between property law and economic growth is much more complex than previously imagined and contends that in fact, the oversimplification of that relationship is “incomplete, misleading, and dangerous.”

This book, Upham says, was inspired by the dual tracks of his career: Since the late 1970s, Upham has taught property law, while also producing scholarship on comparative law, first specializing in Japanese law and then in Chinese law. After being asked by the World Bank to lecture about the importance of enforcing property rights for developing countries, Upham says, he began to consider what he now terms “the great property fallacy.” In his research on China, he had observed the quick creation of enormous wealth despite the lack of formalized property rights. And in the classroom, he says, “What I’d been teaching about American property was all about the destruction of property rights for economic growth.”

Upham credits the work of Ronald Coase, Harold Demsetz, and Douglass North—all of whom he describes as “neo-institutional economists”—with developing the notion of the necessity of property rights for development. Although a simplified caricature of their work has come to be generally accepted by economists and legal theorists, Upham writes that “social experience with property has rarely fit the elegance of our projections.” Upham’s book lays out an array of case studies that, taken together, demonstrate that societies may find economic success through both the construction and the destruction of legal property rights—and that the success or failure depend on factors innate to each individual society.

Upham’s first example is the 16th-century English enclosure movement, in which aristocratic property owners dispossessed commoners who had previously entered and used their lands, and thereby created a landless population that would eventually become England’s industrial workforce. Here, Upham explains, the destruction of property rights previously held by commoners both created the conditions necessary for industrialization and caused pain and hardship for an entire class of people. “Property rights are not just about economics—they’re also about politics and human dignity,” Upham says. “A lot of human dignity is ruined by economic growth.”

By contrast, in post-World War II Japan, reformers transferred property rights from landlords to their tenants. This land reform resulted in the decline of Japanese agriculture economy, Upham argues, but helped to stabilize Japan’s democracy—thus increasing and preserving human dignity.

And in China, Upham observes, the economy has thrived since the late 20th century with little to no enforcement of formal property rights. China’s economic growth occurred in several different areas, Upham explains, all under conditions that lacked formal property law: in the rural township and village enterprises in the 1970s and 1980s; through foreign direct investment; through the urban development of formerly agricultural land; and through initially unregulated real-estate markets in large cities. For China, formal property institutions have generally followed economic growth, not created it.

Despite its success, Upham advises against any attempts by developing countries to emulate China’s approach to property. “The variety of institutions and contexts that made growth possible without law is unlikely to be recreated even inside China, much less in other poor countries, each one of which has its own unique characteristics,” he writes.

While these English, Japanese, and Chinese approaches to property law evolved domestically, property laws in post-Khmer Rouge Cambodian society were designed almost entirely by foreign experts who had little to no understanding of Cambodian culture, Upham says. This has resulted in numerous land ownership conflicts, such as the dispute over the land around Boeung Kak Lake (pictured above). The Cambodian government—with financial support from the World Bank—privatized the region, allowing significant portions of the lake to be turned into landfill and forcing previous residents of the area to leave.

Upham argues that Cambodia’s example demonstrates the problems that can occur when property rights are imposed on a country from an external source. “What looks like a really good system on paper when economists and World Bank lawyers design it in Washington, when they implement it in Bangladesh or Cambodia or the Ivory Coast, actual people have to implement it—people who have different goals and different incentives,” Upham says.

Acknowledging that he does not offer up a new theory to replace the one he is deconstructing, Upham argues that it is nevertheless crucial for powerful countries and international non-governmental organizations to recognize that they cannot presume systems that have worked in now-prosperous nations will be just as functional in poor, developing countries.

“Foreign expertise, good will, and money cannot substitute for the time consuming, incremental process of internally driven national construction,” Upham writes. “In the end, it is only home-grown institutions that can legitimate the pain that development will cause.”