The Chinese Labor Problem: Cynthia Estlund studies how the Communist government is responding to demands for reform from the world's largest workforce 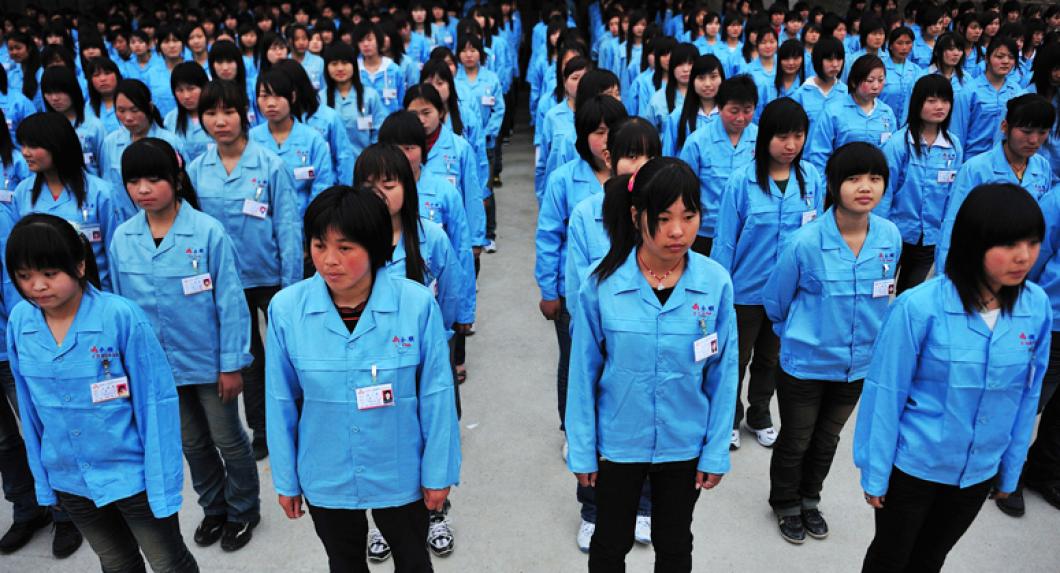 Catherine A. Rein Professor of Law Cynthia Estlund’s newest book, A New Deal for China’s Workers?, focuses on the rapidly evolving labor landscape for workers in the world’s second-largest national economy and the implications of those changes for the rest of the globe. Comparing the current state of Chinese labor with the United States’ labor-employer conflicts in the twentieth century, Estlund considers whether Chinese workers are poised to make major breakthroughs in industrial relations and labor law. She also suggests that the Chinese government has responded with reforms rather than repression to nascent worker organizing in order to tamp down the potential rise of an independent labor movement.

Seven years ago, Estlund began devoting the bulk of her research efforts to the evolving labor relations scene in China. “The rise of strikes and the government’s many-faceted efforts to figure out how to deal with rising labor unrest were very evocative and dramatic to me,” says Estlund. “They raised really interesting questions about what’s going on in China, and how it’s similar to and different from what happened in our country in the New Deal period, when labor activism was surging and our current labor law regime began to take shape.”

As China has modernized its economy, workers have begun to agitate more strongly for increased wages, improved labor standards, and a voice in decisions about those matters. The country’s sole labor union, the All-China Federation of Trade Unions, is recognized by many as an appendage of the Communist Party and, at the plant level, submissive to management. Its mission is more to placate the workforce than to respond to workers’ needs. (In China, the companies themselves largely fund the union, and their managers often lead the union chapter; both practices would be unlawful in the US.)

In the course of her research, Estlund made more than a dozen trips to China. In her travels around the People’s Republic, she spoke with scholars, government and union officials, and Communist Party intellectuals. Estlund uses the comparative lens of American experiences with industrial conflict and industrial relations reform to illuminate the problem of labor unrest and the Chinese government’s responses to it.

One major difference between the US and China is that China is committed to maintaining its monopolistic, party-controlled union structure, while unions in the US, for all their troubles, are independent of the government. China has been trying to address workers’ grievances. “Clearly in part they’re trying to mollify workers so that they won’t be up in arms, demonstrating and striking,” Estlund explains. “They’re trying to nudge their economy higher up the supply chain, and to build up consumers’ purchasing power. They’re trying to do a lot of things that will make workers better off, but one of the things they’re clearly trying to do is to prevent workers from getting so fed up that they feel like they need to form their own unions.”

Workers’ growing bargaining power has led to significant public labor unrest prompting international headlines in recent years—including a string of employee suicides at Foxconn and widespread strikes at Honda factories. Thus far China has defied outside expectations by generating stunning economic growth and modernization without moving toward democracy, and without opening up significant space for independent labor activism, which historically has been linked with democratization. Estlund is interested in the dilemmas that China faces in seeking to solve the problem of labor unrest without allowing workers to form independent unions.

“How does top-down control by the Chinese Communist Party affect the union’s ability to actually represent the workers?” she asks. “And if the union can’t represent the workers, how is it supposed to help the government get a handle on collective unrest? One thing unions do is channel and cabin industrial unrest and collective action. A union that the workers don’t trust is not in a good position to do that—it can’t regulate the scope and timing of strikes. So that’s one of the problems they face.”

Estlund recognizes that some union officials in certain regions are genuinely trying to implement reforms and deliver gains to workers. But she notes that the space for independence and reform in the union was much greater before the Party clamped down and reasserted hierarchical control of the union in the wake of the Tiananmen Square protests a quarter century ago.

Comparisons between US labor conditions in the first decades of the twentieth century and the Chinese workforce’s current issues are interesting and useful in some ways but potentially misleading in other ways, Estlund asserts. American workers’ unrest disrupted the economy and posed a real challenge to social order, far beyond what Chinese workers’ protest have thus far done, but in the United States, employees had a voice that those in China do not: the vote. The commitment to one-party rule, along with the continuing denial of  a political outlet for worker frustrations, means that the Chinese government finds protest much more threatening than in democratic societies. On the other hand, repression has its own risks; the government does not always crack down as hard as it could for fear of inflaming tensions.

Despite the dysfunctions of the current system, Estlund is impressed by what China has accomplished, and she remembers feeling awe on her first visit. “I couldn’t believe the airport, the subway, because all this just came out of nowhere,” she recalls. “It was a closed, poor, totalitarian society until 1976. The economy and institutions of governance were in shambles after the chaos of the Cultural Revolution. It’s just remarkable that, since then, they’ve brought hundreds of millions of people out of poverty. Something like 75 percent of the worldwide reduction in poverty over the last 20 years was in China. They have been much more successful in that regard than democratic India. So however critical we might be of some things they do, we do have to balance that picture a little bit. They have significantly reduced the level of human misery in the world. We have a lot to learn from China about political and economic development in the modern world.”