Listening Closely: Burt Neuborne examines the structure of the Bill of Rights and its implications for the First Amendment 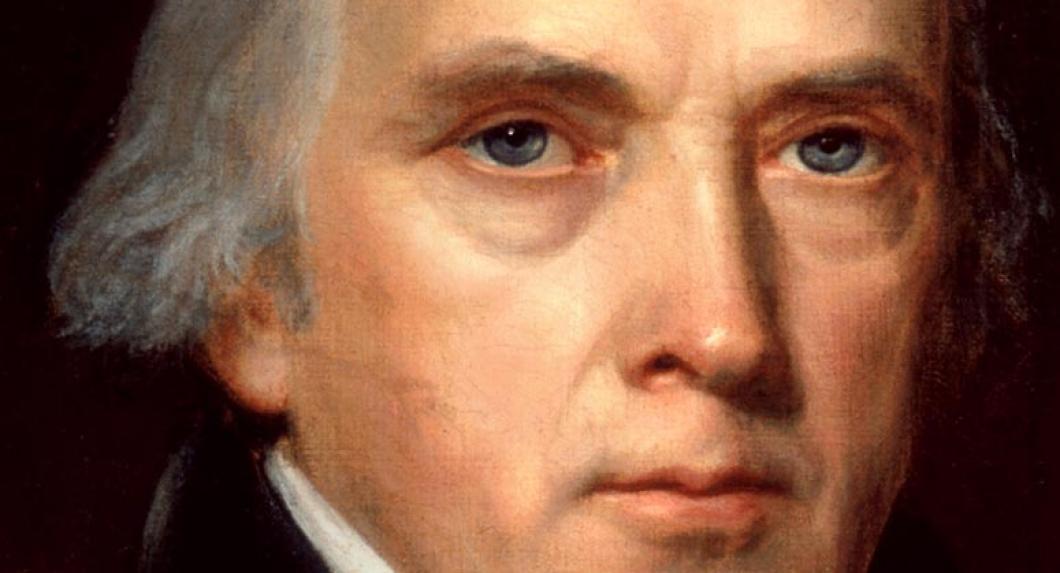 Given Burt Neuborne’s half century of civil liberties work, which has established him as one of the most accomplished lawyers in that field, it’s hard to imagine he would have much more to learn about the First Amendment. But in his new book, Madison’s Music: On Reading the First Amendment, Neuborne, Norman Dorsen Professor of Civil Liberties, renders an analysis of the amendment that he says has never been offered before, 225 years after its drafting by James Madison.

The genius of the First Amendment, he argues, is in the order and structure of its 45 words, which, per the book’s title, he likens to an expertly arranged musical composition. He maintains that the six textual ideas in the First Amendment—no establishment of religion, free exercise of religion, free speech, free press, free assembly, and freedom to petition for redress—describe “the odyssey of a democratic idea: how a democratic idea is born in the conscience of a free citizen, articulated freely, mass-disseminated freely, collectively supported freely, and then presented to the legislature. When you think about it that way, the six ideas couldn’t be in any other order. They are a blueprint for a functioning democracy. No other document in our rights-bearing history, all the way back to the Magna Carta, and no other document from Madison’s time to now, has done that.”

It’s not that any of Madison’s six textual ideas in the First Amendment were unique, Neuborne adds; they were all present in one or another of our previous rights-bearing texts. Madison’s greatest accomplishment, he says, was in knowing what ideas to include and, most important, arranging them in a chronological narrative of democracy in action. The same remarkably disciplined organization is found not just in the structure of the First Amendment itself, but also in the narrative that emerges from the ordering of the remaining nine amendments in the Bill of Rights.

“Madison was the only one to see the way this thing fit together,” says Neuborne. “You read the First Amendment as a story, as a poem. And if you look at the rest of the Bill of Rights vertically, it’s the same thing. The First sets out the ideal ‘city on a hill,’ and the rest of the Bill of the Rights asks how we protect this precious thing” by listing the threats in order of dangerousness and providing careful structural protections against each hazard.

Video: What would James Madison say to today's Supreme Court?

In Madison’s Music, Neuborne delineates the overall trajectory of the 10 amendments as follows: describing the ideal democratic city on the hill (First Amendment); protecting it from from military overthrow (Second and Third); then protecting it from subversion by law enforcement authorities, with the structural protections arranged in chronological order from unreasonable search and seizure (Fourth), interrogation and charging (Fifth), and fair adjudication (Sixth and Seventh) through cruel and unusual punishment (Eighth). He argues that the Bill of Rights closes with instructions in the Ninth and 10th Amendments about how to read it, with dual assertions that there may be other rights not enumerated in the Constitution (Ninth), but that the federal government has no further powers (10th). As Neuborne puts it, “Madison knew that text is ambiguous, and he’s sending a message to future generations saying, ‘Be generous in reading rights. Be very careful about extending powers.’ You put those two things together, and that’s probably the single most important thing that keeps people free.”

Neuborne wrote the book to address what he sees as contemporary perversion of the First Amendment’s true purpose. He is particularly troubled by the originalist approach to constitutional law taken by judges such as Antonin Scalia. Such a stance, the author argues, fails to see the forest for the trees. 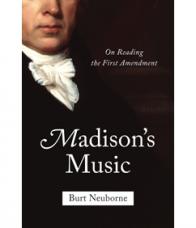 “What’s the best way of reading the text?” Neuborne asks. “Is it tearing a word out and pretending that the word gives you a command, or is it looking at the entire text holistically? What story does the text tell me? When you look at the way it’s organized, does the text tell me something that helps me, as a judge, honestly read the text the best way I can? This is in some sense my effort to respond to Justice Scalia by saying, ‘I’ll see your isolated text, and I’ll raise you now on how you read the text.’ It can’t be that you pull isolated words out. It can’t be that you look backwards in time to isolated words.”

After all, he adds, the Founders were as divided at the beginning as we are now: “There wasn’t some huge consensus about what the First Amendment meant. It turns out that as to anything that’s important—the First Amendment, the Fourth Amendment, the Fifth Amendment—the language can bear multiple meanings, and the people were divided.” Thus, in Neuborne’s version of constitutional interpretation, the overall order and organization of the Bill of Rights—Madison’s “music”—becomes crucial.

“What you wind up with is a collection of four speakers: a liar; a corporation selling violent video games to children; people making, essentially, animal porn movies; and these homophobic racists who are picketing the funeral,” Neuborne explains. “They’re the ‘aristocrats,’ and we’re protecting their speech, and the question is why. Is it absolutely necessary that we endure this? Listen, I was national legal director of the ACLU for many years. I don’t give up on the First Amendment easily. But I also don’t think that it’s an automatic reflex idea. And somebody’s got to think about whether there’s an imbalance now between a speaker who gets to do and say anything they want and hearers who have to listen to it.”

The essential issue, he says, is that the Court concentrates on the first three clauses of the First Amendment protecting speakers while ignoring the three that protect the rights of hearers. Two major cases in point: Citizens United v. Federal Election Commission and McCutcheon v. Federal Election Commission, which Neuborne and many others believe have tipped the political scales dramatically in favor of well-heeled special interests at the expense of ordinary citizens.

Another major dilemma, to Neuborne, is the Court’s approach to the amendment’s religion clauses. While common wisdom points to a tension between the establishment clause and the free exercise clause, Neuborne disagrees.

“I think Madison put the religion clauses in the First Amendment because he understood that there was something special about religion,” he says. “Not necessarily good, but special, and that’s that religion and conscience generally, as a grip on somebody’s life, is not subject to cost-benefit analysis. If you’re in the grip of ‘divine madness,’ you can’t help acting. Your god is commanding you. Religion is different than politics in that it is not subject to rational discourse, and it is immensely powerful.”

Madison’s Music is different from much of what Neuborne has written in that he intended it for a broader lay audience; in fact, the book evolved from an ambitious 10-part public lecture series on the Bill of Rights that Neuborne delivered at Cooper Union in 2012. He insists that what really matters is the general public’s understanding of constitutional rights. “The lawyers and judges follow the social consensus,” he asserts. “They don’t create it. They like to think they’re leading the parade, but in fact they’re the guys sweeping up afterward. This is really an attempt to shift the way people think about the Bill of Rights.”

Watch the full video of Burt Neuborne's inaugural lecture as Norman Dorsen Professor of Civil Liberties, on the topic of Madison's music (58 min)