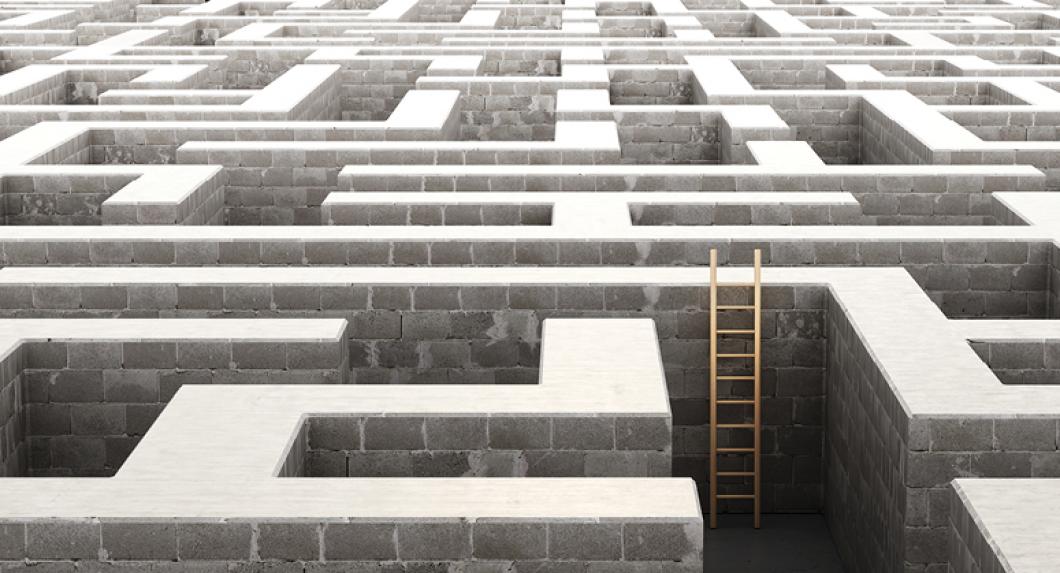 In two books published a dozen years apart, AnBryce Professor of Law and Dean Emeritus Richard Revesz has established himself as a leading evangelist for rationality in governance—specifically, the use of cost-benefit analysis by US administrative agencies to support regulations they plan to implement.

In 2008, Revesz published Retaking Rationality: How Cost-Benefit Analysis Can Better Protect the Environment and Our Health. His follow-up, published in December 2020, is Reviving Rationality: Saving Cost-Benefit Analysis for the Sake of the Environment and Our Health. Michael Livermore ’06, a professor at the University of Virginia School of Law, was a co-author on both.

As Revesz explains in the Q&A below, despite their similar titles, the books appeared in very different political contexts and were aimed at different audiences. He also answers additional questions about recent approaches to regulation and what lies ahead.

What made you decide that Retaking Rationality required a sequel?

Mike Livermore and I wrote the sequel to Retaking Rationality because American politics shifted so much in the intervening dozen years since the first book’s publication.

Cost-benefit analysis, emissions trading, and other ideas that had once been embraced with vigor by Republican politicians became anathema in many Republican circles. And on the other side, environmentalist and other progressive groups—which had traditionally expressed great hostility to these techniques even though they had been employed by administrations of both parties—came to see that, properly applied, they could provide strong support for stringent environmental regulations and make them more durable.

We became interested in understanding these parallel about-faces and explaining them to audiences focused on some of the central public policy debates of our times, like the future of climate change regulation. When we wrote Retaking Rationality, it was to convince a skeptical progressive audience of views that, in many ways, were Republican orthodoxy. Now that the tables are somewhat turned, we are interested in exploring whether it might possible to put a bipartisan consensus back together.

You refer to “a decades-long bipartisan consensus that placed cost-benefit analysis at the heart of regulatory decision making.” But since it has been employed by both pro- and anti-regulatory administrations, how do you respond to skeptics who see it as a means that can be manipulated to achieve a desired end?

Reviving Rationality explains that pre-Trump administrations shared an understanding that the goal of the regulatory system should be to maximize the well-being of the American people. They might have assessed benefits and costs somewhat differently, but they agreed on the enterprise. These prior administrations operated within guardrails defined by some level of respect for science and economics.

You write that the Trump administration didn’t eliminate cost-benefit analysis as a prerequisite for agency action, but instead made a “mockery” of it. Why do you think they took that approach?

Eliminating cost-benefit analysis altogether would have been problematic because by the time the Trump administration took office, the courts had strongly suggested that agencies need to pay attention to the consequences of regulation, and the Supreme Court had held in an important environmental law case that “[n]o regulation is ‘appropriate’ if it does significantly more harm than good.” 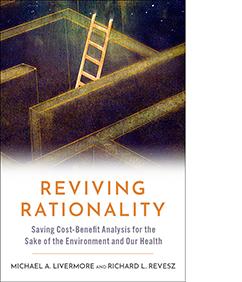 Though some commentators have pointed to sloppiness or haste as the cause of the Trump administration’s analytical shortcomings, these should instead be properly understood as symptoms of deeper pathologies. First, the Trump administration put avowed ideologues and extremists at the helm of administrative agencies (e.g., Scott Pruitt at the Environmental Protection Agency, Ryan Zinke at the Interior Department). Second, the administration demonized career staff, freezing them out of the decision-making process and disregarding their expertise. Third, it was heavily influenced by trade association lobbying controlled by industry members with the most extreme anti-regulatory views. Fourth, the Trump administration browbeat regulated firms into opposing socially desirable regulations of prior administrations. And, fifth, it engaged in short-term thinking, often designed to please an impatient president, rather than in sustained efforts to accomplish long-term regulatory goals.

Executive orders by Presidents Clinton and Obama called for agencies to consider the distributional consequences of regulatory costs and benefits, in particular looking at the impact on people in different socioeconomic groups. But you suggest that efforts to do this have fallen short. How can that be improved?

I am optimistic that, during the Biden administration, distributional impacts will begin to receive the attention they deserve. On his first day in office, President Biden issued a Presidential Memorandum on Modernizing Regulatory Review, which calls on the Director of the Office of Management and Budget to “propose procedures that take into account the distributional consequences of regulations, including as part of any quantitative or qualitative analysis of the costs and benefits of regulations, to ensure that regulatory initiatives appropriately benefit and do not inappropriately burden disadvantaged, vulnerable, or marginalized communities.” Similar concerns are emphasized in President Biden’s Executive Order on Tackling the Climate Crisis at Home and Abroad, issued a week later, in which the term “environmental justice” is mentioned 24 times.

For this effort to succeed, however, it will be important to develop standardized metrics on how to evaluate the distributional consequences of regulation. The longstanding guidance on regulatory analysis does not currently contain such metrics, and there is no consensus in the academic literature on how this work should be done. Tackling this challenge should be an urgent priority.

Others on the faculty have written that Americans increasingly see election outcomes as existential and politics as a zero-sum game. What concerns do you have that this may shape the way the party holding the presidency approaches regulatory governance?

The Trump administration was unusually aggressive in seeking to overturn the regulatory output of the Obama administration, through the use of tools that had not previously done much work: disapprovals under the Congressional Review Act, abeyances in pending litigation, and suspensions of final regulations.

The Biden administration is following suit. On its first day in office, it published a list of over 100 Trump administration regulations that its agency heads will review to determine whether they are inconsistent, which all of them almost certainly are, with the principles of President Biden’s Executive Order on Protecting Public Health and the Environment and Restoring Science To Tackle the Climate Crisis. As long as our political system remains as polarized as it currently is, efforts of this sort are likely to become standard features of presidential transitions.

But it would be wrong to therefore assume that this instability will result in having one party merely undo all the regulatory output of its predecessor. While rules promulgated in the first term of the Obama administration generally became entrenched, second-term rules were far more vulnerable. Because of the lengthy timeline needed to propose rules, deal with comments, promulgate final rules, and defend them in the courts, one-term presidents are likely to see a large proportion of their regulatory output undone, even if it is of higher quality than President Trump’s was. Reelection will therefore come to be seen as a prerequisite to entrench regulatory policy.

And even two-term presidents will need to rush out their regulatory priorities in their first terms if they hope to make them durable, and, to save time, will want to tee up this work during the transition period before they take office.

Concerns have been raised about how little regard many Americans seem to have for expertise, science, or even facts. How do you see this affecting the acceptance and application of cost-benefit analysis in agency rulemaking?

That is, indeed, a troubling development, but it shouldn’t be overdramatized. A 2019 poll by the well-respected Pew Research Center found that more than 2/3 of adult Americans believe that the government is not doing enough to protect air quality and water quality, and to reduce the effects of global climate change. There is, however, a significant partisan difference. For example, while 90 percent of Democratic or Democratic-leaning individuals believe that the federal government is doing too little to reduce the effects of climate change, only 39 percent of their Republican counterparts agree. There is no doubt that this difference is reflected in the see-saw nature of our recent regulatory policies.

Also, as we saw with the fate of the Trump administration’s regulatory output, the courts have played an important role in policing the disrespect for science and economics. Thus, an administration that chooses to cater to a science-denying constituency is likely to see itself mired in failure.