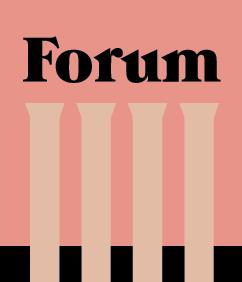 On October 13, at a NYU Law Forum sponsored by Latham & Watkins, a panel of women in prominent legal and media roles discussed abuse of power in the workplace, the #MeToo movement, and Andrew Cuomo’s recent resignation as Governor of New York in the wake of sexual harassment complaints. Panelists Christina Cauterucci, a senior writer at Slate; law firm partner Debra Katz of Katz, Marshall & Banks; Shelley Ross, a former executive producer at ABC and CBS; and Maria Vullo ’87, chief executive officer of Vullo Advisory Services, examined the evolution of sexist office cultures and explored what an empowering, professional workplace of respect looks like. The forum, titled “Demanding or Demeaning? Powerful Workplaces and the Cuomo Scandal,” was co-hosted by NYU Law’s Birnbaum Women’s Leadership Network.

As panelists noted, October 2021 marked the 30-year anniversary of Anita Hill’s historic congressional testimony about the sexual harassment that she said she experienced working for Clarence Thomas, now a US Supreme Court justice, at the US Department of Education’s Office for Civil Rights. Panelists discussed aspects of gender equality and efforts to thwart sexual harassment that have changed over the past three decades—as well as those that have not.

Selected remarks from the discussion:

Debra Katz: “The [#MeToo] movement has got to be about far more than exposing powerful men who engage in misconduct. A lot of that has happened, but there needs to be a range of responses, from improving the laws, which we see that Governor Cuomo did to great fanfare—even though he immediately violated the laws—[to a] societal shift. And unless you have a societal shift, it doesn’t matter what the laws say. They just will not be enforced. People will fear retaliation and will not come forward.” (video 7:57)

Christina Cauterruci: The idea of a demanding yet demeaning workplace is a marker of elite performance established by white men. Those are the people who are leaders in every industry. That behavior of domination—insulting subordinates, making people feel ‘less than’—has been accepted as a signifier of strength. This kind of strength has historically been seen as a necessary quality in a leader and rewarded. On the other side, the ability to withstand this kind of abuse has been seen as a kind of strength. There is an idea that only lazy or weak people would object to unrealistic demands or verbal abuse. And then you arrive at a place where people who have come up in that kind of workplace and survived that kind of behavior resent the suggestion that it should be different. They made it through, so why shouldn’t everyone else?… I think here lies an opportunity for people who aren’t sexual harassers to participate in the creation of better workplaces by saying, ‘Just because I went through it and it happened to me, doesn’t mean that it's normal or anyone else should have to go through that.’” (video 32:20)

Watch the full discussion on video: