The COVID-19 pandemic will make conducting the November 2020 election anything but easy, warned NYU Law election law experts in a streamed panel discussion on April 22. Samuel Issacharoff, Bonnie and Richard Reiss Professor of Constitutional Law, moderated the conversation among Bob Bauer, professor of practice and distinguished scholar in residence; Richard Pildes, Sudler Family Professor of Constitutional Law; and Wendy Weiser, director of the Democracy Program at the Brennan Center for Justice. The event was part of the Law School’s Forum series, sponsored by Latham & Watkins. 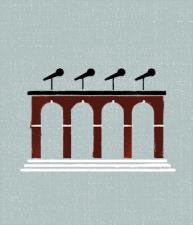 Panelists pointed to numerous risks that could disrupt the upcoming election or impugn its results. Because of the pandemic, more voters may choose to vote by mail instead of in person, but many states face logistical, financial, and legal obstacles in executing that shift. In a polarized political environment, changing election rules and procedures could delegitimize the results of the election in the eyes of many, while some partisans may no longer view the judiciary as a neutral arbiter in election-related disputes. Meanwhile, misinformation can easily be spread on social media platforms by foreign actors or others.

Selected comments from the discussion:

Richard Pildes: “I do think we are likely to have a lot more in-person voting than many people think right now, but we will also have to be prepared for a vast surge in the number of mail-in ballots that we get. And every one of these changes in our highly decentralized system creates opportunities for confusion and then charges that the system has been manipulated or rigged.”

Bob Bauer: “While it is true that we have secretaries of states who are partisan and some local election officials who are partisan, a lot of election officials basically see themselves as administrators, and they’re being asked to carry an enormous amount of responsibility in this very taxing situation. And I thought about that [during Wisconsin’s primary], where I saw a comment from one county administrator who said, ‘This has changed so often, the rules of the game seem so unclear, I have so few resources,’ and then he concluded by saying, "I can barely stand it anymore.’”

Wendy Weiser: “In a functioning congressional environment, we would not only be giving states all the resources they need right now,…but we would also be looking at some of our deadlines. We can’t move the election, and we can’t move when the new Congress and the new president’s term begins, but we can move those [election] certification deadlines. And they’re set by statute, and they’re very tight right now. They don’t give a lot of time for real heated disputes or if there are real counting problems in jurisdictions. And I think to anticipate that problem, that would be a wise move to move those to later in the calendar year.”

“For Richard Pildes, another round, another victory in Alabama voting rights case”
NYU Law website 2/23/17

“The Law and Democracy Slate: Politics and elections are always top of mind for a group of NYU Law scholars”
NYU Law website 10/11/16