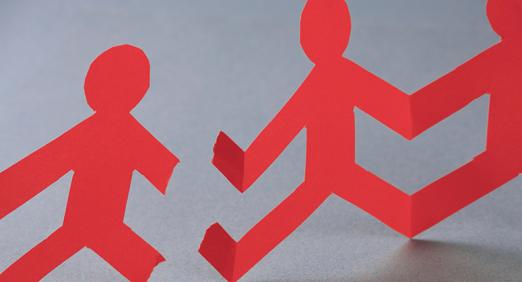 For 25 years, the Family Defense Clinic—founded by Fiorello LaGuardia Professor of Clinical Law Martin Guggenheim ’71—has championed an interdisciplinary model that pairs lawyers with social workers to represent and rehabilitate families in child welfare cases. Now that model stands to influence policy throughout the United States. On December 17, Casey Family Programs, a national foundation focused on foster care, awarded NYU a $250,000 grant to conduct a two-year study comparing the institutional, interdisciplinary model to the solo practitioner model, in which lawyers typically don’t see parents outside court.

“In child welfare cases, what happens out of court means everything,” Guggenheim said. Shortly after founding the clinic—the first of its kind—he realized that clients needed advocates not only in court but also at foster agency conferences. Soon, NYU Law students were working with MSW candidates from the NYU Silver School of Social Work to support clients, most of whom are poor and non-white. This led to what Adjunct Professor of Clinical Law Christine Gottlieb ’97, the clinic’s co-director, calls the “gold standard” in family defense.

“Our investigatory, prosecutor system of child welfare is highly problematic because the case worker who is ostensibly offering you a service is also the person who’s wagging their finger at you,” Gottlieb said. “Our social workers are able to discuss with parents what would actually be helpful to their family in a way that is from a supporter and an ally.”

Over time, the clinic’s model has helped raise the bar for family defense in New York City. In 2007, influenced partly by the clinic, the city signed with three institutional providers to supply holistic representation for parents in cases of abuse and neglect: the Center for Family Representation; the Bronx Defenders; and Brooklyn’s Legal Services (now the Brooklyn Defender Services Family Defense Practice, with which the clinic partners). Monica Drinane ’81, a former supervising judge in Bronx County Family Court, claimed that better parent representation has forced even the Administration for Children’s Services to “up their game.” “It’s a much more satisfying job to think that the issues that are coming before the court are being hotly debated,” she said. “It ultimately makes for better decisions for families.” And Jane Spinak ’79, co-founder of the Child Advocacy and Family Advocacy Clinics at Columbia Law School, has praised the growing understanding of “how much children, even children whose parents have neglected them, or who have been charged with neglecting them, want to be with their parents.”

Karen Freedman ’80, executive director of Lawyers for Children, said, “None of this would have happened if Marty hadn’t started shouting for this change.”

Guggenheim hopes that this two-year study, to be conducted by independent researchers, will make the case for using federal dollars to support the spread of interdisciplinary, institutional providers across the country. “I see us four years from now rolling out the argument at a congressional hearing.”

Until then, Guggenheim and Gottlieb continue a tradition of rigorously training young lawyers to think critically and decide what steps to take in their cases. “Marty and Chris provide a perfect mix of guidance and independence, which allows us to feel ownership over our cases and to practice making critical decisions in the supported, clinic environment,” Samantha Lee ’16 said.

Stacey Platt ’91, co-director of the Loyola School of Law’s Civitas Child Law Clinic, still considers her experience in the clinic’s first year invaluable. “It makes me a little concerned when I think about how I would have been as a child advocate without that guidance from Marty and without learning to incorporate that respect for families and respect for communities.”

Patrick Clark ’12, a Bronx Defender staff attorney, said, “Getting my client’s child out of foster care was the most gratifying experience of the clinic, in the short run. In the long run, the best thing about this clinic is that it’s truly on the vanguard of parental and family defense.”

On April 7, the clinic will co-host a symposium with the Review of Law & Social Change, celebrating a quarter-century dedicated to nurturing a once-controversial idea—that children have the right to be raised by their families.