This fall, as a hotly contested presidential race between Donald Trump and Joe Biden inspired record voter turnout, down the ballot a range of NYU Law graduates were elected to public office around the country. 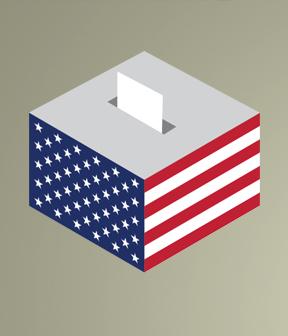 Bob Ferguson ’95 won reelection as attorney general of Washington state, an office he has held since 2013, and Michigan Chief Justice Bridget McCormack ’91 was elected to a second term on the state Supreme Court. McCormack was first elected to the court in 2012 and became chief justice in 2019.

In other state races, Thomas Abinanti ’72 was reelected to the New York State Assembly, representing District 92, which includes parts of Westchester County. He has served in that seat since 2011. Todd Kaminsky ’03, was reelected as a New York state senator for District 9, in Long Island. He was first elected in a special election in April 2016. Brandon Lofton ’05 was elected to a second term in the North Carolina House of Representatives for District 104, in Charlotte. In Montana, Danny Tenenbaum ’15 was elected to the state House of Representatives, representing District 95, in Missoula.

Mimi Rocah ’97, a former assistant US attorney in the Southern District of New York, was elected as district attorney in New York’s Westchester County. In Ohio, Jason Wuliger ’05, who had previously served as Lake County recorder, won election as a Lake County commissioner.