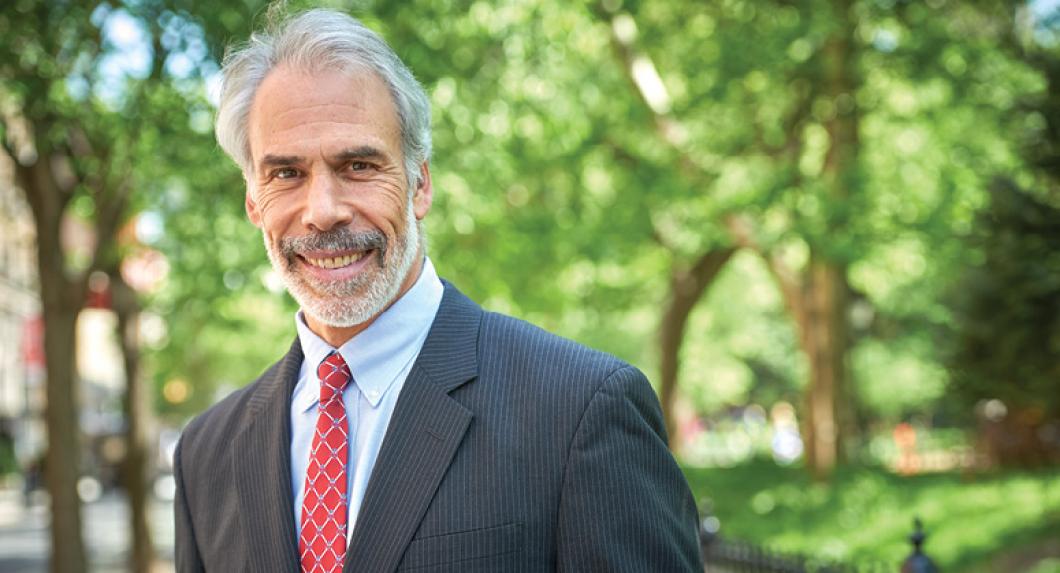 Edward Rock does everything with energy. A self-proclaimed “gym rat,” he swims and works out several days a week. An avid sports fan, he is devoted to the Philadelphia 76ers, despite their losing record. A prolific scholar, he publishes regularly on corporate law and corporate governance.

The popular Penn Law professor, whose classes were often oversubscribed, joined the NYU Law faculty full-time in July—and he’s already embracing the Law School with his usual vitality. Rock not only will teach Corporations and Mergers and Acquisitions, but he also will launch the Institute for Corporate Governance and Finance. The new institute will create a nexus for understanding the changing nature of corporate governance by bringing together institutional investors—the most powerful stakeholders in corporate governance decision-making—with academics, judges, lawyers, bankers, and private equity and hedge fund principals.

Rock will also continue his longtime collaboration with Marcel Kahan, George T. Lowy Professor of Law, with whom he has published more than a dozen articles on hedge funds, mergers and acquisitions, proxy access, and corporate voting. Their relationship dates to 1989, when Rock, already a professor at Penn, interviewed Kahan for an entry-level academic position. Although Kahan chose NYU Law, their paths crossed again several years later at an annual meeting of the American Law and Economics Association.

“We were supposed to be listening to the presentation of papers, but instead we stood outside and chatted about poison pills,” says Kahan, referring to the antitakeover defense that had become standard for companies facing down hostile takeover attempts (for more on Kahan’s work, see "Best (Theory and) Practices"). The conversation evolved into their first groundbreaking paper together, which they called “How I Learned to Stop Worrying and Love the Pill: Adaptive Responses to Takeover Law.” (The title, a nod to the film classic Dr. Strangelove, was itself a hit.)

Rock, who received undergraduate degrees from Yale University and the University of Oxford and a JD from Penn Law, began his career as a plaintiffs’-side antitrust litigator at the boutique Philadelphia firm of Fine, Kaplan and Black. “Once you’ve litigated, you have a certain feel for the law that you never lose,” says Rock. “You learn that the only legal rights you have are the ones you can enforce.” At Penn, Rock went on to serve as associate dean, senior adviser to the president and provost, director of Open Course Initiatives, and co-director of the Institute for Law and Economics. In addition, he was a visiting professor at the Hebrew University of Jerusalem, Columbia Law School, Goethe University, and NYU Law.

Rock is excited to be back in New York and already has a favorite place to eat: Pó, an Italian restaurant near the Law School. His wife, Andrea, a lawyer who decided to pursue a second career as a high school English teacher, will also work at NYU; she will design and launch a peer-tutoring program to support undergraduate writing across the curriculum. The couple has three grown children. “When my wife and I thought about the next chapter of our personal and professional lives,” says Rock, “the chance to move—to be part of the most exciting and interesting law faculty in the country—was irresistible.”

As for Kahan, he’s delighted to have his frequent collaborator down the hall. “Ed has the ability to merge a deep understanding of current developments with analysis,” says Kahan. “He uses what he learns from judges and practitioners as inputs to raise—and to answer—new theoretical questions. He is without doubt one of the top scholars in corporate law in the nation.”