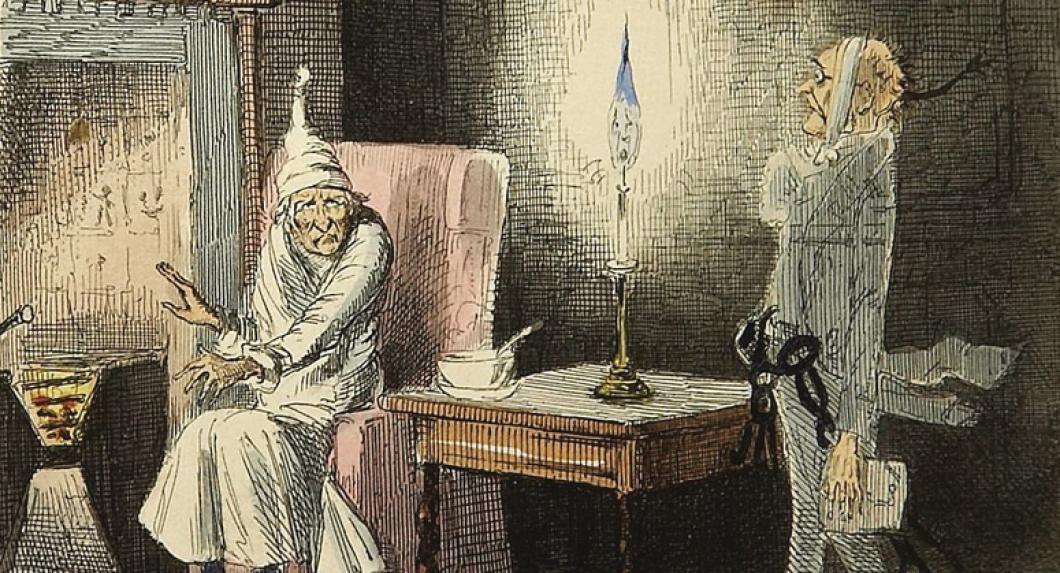 Charles Dickens’ A Christmas Carol tells the tale of a hard-hearted miser who learns kindness and charity after receiving visits from three spirits who show him the error of his cold and uncaring ways.

With hundreds of adaptations—including starring turns by humans, animated figures, and even the Muppets—the story enjoys the status of a beloved and timeless holiday classic.

But beyond its heartwarming varnish lies a much more specific message, says NYU Law Professor Daniel Shaviro, who believes that Dickens meant for the story to serve as a scathing indictment of wealth concentration and neglect of the poor.

In his new book, Literature and Inequality: Nine Perspectives from the Napoleonic Era Through the First Gilded Age, Shaviro mines literature on social status and wealth from past eras for parallels to current relationships between capitalism and inequality. In doing so, he explores the “paradox of egalitarianism” in America, which, in his view, holds that “while one might think that our egalitarian and democratic traditions would make wealth inequality easier to accommodate, it often seems to have the opposite effect, causing many among the super-wealthy to feel more angry, threatened, and vulnerable.”

Using A Christmas Carol, published in 1843, as just one example, he outlines the context of Victorian England that informed Dickens’s viewpoint and motivations. NYU News sat down with Shaviro to discuss the past, present, and future of Dickens’s not so subtle messages and warnings.

A Christmas Carol has really become a feel-good story about a man’s change of heart, but you note that Dickens had a very a specific goal in writing his novel.

Dickens consciously thought of A Christmas Carol as a message book, which he hoped would deliver what he called a “sledge-hammer” blow on behalf of ameliorating the suffering of the urban poor. He used it to dramatize, and give emotive force, to the demand that they be treated with Christian charity, rather than being blamed for their own hardships and left to suffer if they could not support themselves.

Yet A Christmas Carol also conveys a deeper, if perhaps less conscious, message rooted in Dickens’s response to the rise of new fortunes during the early stages of the Industrial Revolution. Even outside the United States—with its American Dream ideology encouraging the false beliefs that everyone has a fair chance, and that merit, not luck, decides everything—modern capitalism can invite celebrating the rich as better than the rest of us, and disparaging the poor as undeserving losers. Against this background, A Christmas Carol offers a pointed dignitary challenge to 19th-century England’s rising new hierarchy of wealth. It harshly rebuts any claim that getting rich inherently entitles one to other people’s respect. Instead, one must earn that respect by showing enough kindness and generosity to replicate the ethos of the benignly viewed patriarchal family.

We often fail to realize the extent to which this feel-good story is actually a tale of serial humiliation, as Scrooge sees his old self being disparaged and insulted in scene after scene, culminating with a vision of his own pitiful and lonely future death. Only the story’s enormously effective candy coating allows us to view all this as delightful, rather than as cruel.

In your book, you introduce the concept of “Scrooge Truthers,” who identify pre-conversion Scrooge as a free market hero. How does this reading of the story conflict with Dickens's intentions?

President Reagan’s longtime senior aide and later attorney general for his administration, Edwin Meese, said Scrooge “wasn’t unfair to anyone,” that the free market made exploitation impossible, and that Bob Cratchit had “good cause to be happy” with the salary that his job-creator boss could offer by reason of his own entrepreneurial gifts. Other, more fervid Scrooge truthers have in print called pre-conversion Scrooge “really a hero” and the only character in the book who “treats his fellow men justly.” They also assert that his post-conversion decision to boost Bob’s salary would have been “disastrous” in real life. They claim that Scrooge’s clients would suffer because he would have less money to reinvest in granting them loans.

However inadvertently comical we may find the Scrooge truthers, their stance reflects the gulf between A Christmas Carol’s values and those of their idol Ayn Rand, whose novel, The Fountainhead, celebrating selfishness and mocking altruism, was published exactly a century later. Scrooge, pre-redemption, is not just exclusively selfish and profit-minded, but affirmatively heroic, in a Randian sense, in his determined indifference to what everyone else thinks. He truly feels free to follow his own beliefs, moved only to scorn by the world’s disagreement with him.

Yet the rewards that he gets for his Randian virtues start with mockery, and only escalate from there. First, Scrooge offers the reader campy amusement, via his sputtering outrageousness, such as repeating “Bah! Humbug!” Then he is swiftly exposed as pathetic, neurotic, and miserable. Even by the early stages of the first Christmas Spirit’s visit, he has been reduced from his previously ready bluster to a state of shamefaced blubbering. While he excites compassion—as we learn about the early hurts that helped turn him into the man he is now—from a Randian perspective, that only makes the insult worse.

What among the book’s messages on capitalism can we apply to modern-day concerns about inequality?

Despite A Christmas Carol’s arch-Englishness, it has lessons for us today regarding the strife and cruelty that have become so prominent in American political culture. In A Christmas Carol, we hear, through the unreformed Scrooge, the voice of English followers of Thomas Malthus. Scrooge says that poor people who can’t support themselves must accept whatever meager scraps they are offered. “If they would rather die,” he says, “they had better do it, and decrease the surplus population.” Malthus had said that if a poor person cannot find work and is in danger of starving, he “has no claim of right to the smallest portion of food.”

This sentiment has clear echoes in modern America’s plutocratically dominated, often wealth-worshipping and poor-hating ideological battles today. Even before Donald Trump took plutocratic arrogance and entitlement to previously unimagined levels, Mitt Romney had mocked the notion that poor people “are entitled to health care, to food, to housing, to you-name-it.” Likewise, he urged that “job creators” and “business creators” get the deference and admiration that he felt they deserved. He believed that to question, as President Obama had, the claim that they had achieved their success completely by themselves was “insulting to every entrepreneur, every innovator in America.”

A Christmas Carol challenges such toxically classist attitudes by demanding humanity and compassion. But even more shrewdly and tellingly, it eviscerates the arrogance around economic success that American culture encourages far more nakedly than English culture, with its genteel aristocratic heritage, ever did.