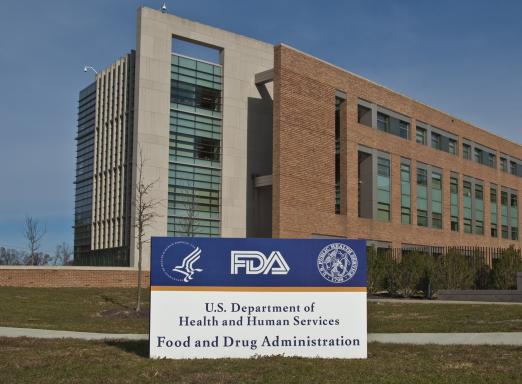 On February 24, a federal judge of the Southern District of New York closed a longstanding loophole created by federal agencies that allowed sponsors of clinical trials for prescription drugs and medical devices to withhold unfavorable trial results for certain studies completed between 2007 and 2017.

The ruling, which now requires the government to collect and publish the previously undisclosed data, brings a victory for plaintiffs Charles Seife, a journalism professor at NYU’s Arthur L. Carter Journalism Institute, and Dr. Peter Lurie, president of the Center for Science in the Public Interest. With Seife researching the safety and efficacy of drugs and Lurie evaluating the validity and integrity of clinical trials, the pair found the lack of transparency into clinical trials inhibiting for their research and coordinated with attorneys who were looking into the clinical trials loophole to initiate a lawsuit in 2018.

NYU Law’s Technology Law and Policy Clinic (TLP) and Yale Law School’s Media Freedom and Information Access Clinic (MFIA) represented the plaintiffs and argued that the defendants—the Food and Drug Administration (FDA), the National Institutes of Health (NIH), and the Department of Health and Human Services (DHHS)—misinterpreted the Food and Drug Administration Amendments Act (FDAAA) as well as what is known as the “Final Rule” implementing the FDAAA. The lawsuit was conceived and supported by the Yale Collaboration for Research Integrity and Transparency, whose lawyers and medical researchers helped identify the need to expand public access to information about clinical trials through ClinicalTrials.gov, a public database of clinical studies.

The FDAAA, enacted in 2007, broadly requires sponsors of clinical trials of all FDA-approved drugs and medical devices to publish trial results on ClinicalTrials.gov for public access. According to the court, the government's interpretation of the Final Rule improperly limited the broad scope of the law only to trials completed during and after 2017. As to trials completed between 2007 and 2017, the Final Rule created a loophole that permitted trial results to go unreported if a product tested in the trial was not approved at the time the trial was completed, even if the FDA later approved the product for sale to patients.

“[Charles] is always holding the FDA to a high standard and asking the agency to hold itself to the same,” said Christopher Morten ’15, the lead attorney for the plaintiffs, and clinical teaching fellow and supervising attorney at TLP. “It’s really exciting for me to work alongside him, and to achieve this litigation victory to support his investigations. If we expand the universe of clinical trials that are on ClinicalTrials.gov, then Charles can dig into those results and shine more light on the true safety and efficacy of the prescription drugs and medical devices so many Americans use.”

With the court’s ruling, clinical trial sponsors such as universities and pharmaceutical companies are responsible for publishing 10 years’ worth of data that was otherwise unlikely to meet the public eye.

“Manufacturers kind of have trials disappear, not just manufacturers, but universities and other researchers—a trial doesn’t come out the way they want it and it disappears,” says Seife. He added that a comprehensive list of clinical trials will increase visibility and accountability for clinical trial sponsors, making it “harder to perpetrate a fraud on the public” and providing a check on FDA approvals.

The court denied a separate claim from the plaintiffs requesting public notice of noncompliance by trial sponsors, but the plaintiffs are considering appealing that judgement.