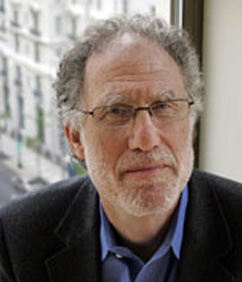 Bob Bauer, who has been on public service leave as a senior adviser to the Biden presidential campaign, will return to the Law School in January as a professor of practice and distinguished scholar in residence.

An eminent practitioner, prolific writer, and gifted teacher, Bauer is a leading expert on the regulation of the political process, administrative law, and presidential power, and co-author with Jack Goldsmith of the recently published After Trump: Reconstructing the Presidency.

“It will be wonderful to welcome Bob back to the Law School in the new year,” said Dean Trevor Morrison. “Bob has rendered tremendous service to the country throughout his career, and we are delighted that he will bring the benefit of that experience back to NYU Law in his teaching and writing.”

Bauer began teaching at NYU Law in Fall 2011, and in 2013 he and Sally Katzen co-founded the Washington, DC-based Legislative and Regulatory Process Clinic. Bauer and Katzen will teach the clinic during the Spring 2021 semester. Bauer will also co-teach a Presidential Powers seminar this spring with Professor Richard Pildes.

In addition to After Trump: Reconstructing the Presidency, Bauer has also authored books on campaign finance law and articles on a broad range of topics for law reviews and periodicals. He is a contributing editor of Lawfare, writes legal commentary for Just Security, and has published opinion pieces in the New York Times, Washington Post, The Atlantic, and other publications.