On February 7, the American Bar Foundation (ABF) honored Stephen Gillers ’68, Elihu Root Professor of Law, with the Outstanding Scholar Award for his dedication to the regulation of and ethics in the legal profession. The ABF Fellows are comprised of attorneys, judges, law faculty, and legal scholars who have been elected by their peers. 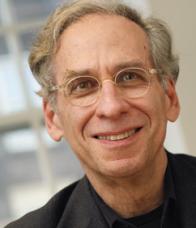 Gillers has served the NYU School of Law community for the past 37 years, and was the vice dean from 1999 through 2004. He has authored many articles and books related to ethics in the law, including a widely used casebook entitled Regulation of Lawyers: Problems of Law and Ethics, to be released by Aspen Publishers in its 10th edition this year.

He has also been a fellow in the ABF since 2014, and has served as a member of the Commission of Ethics 20/20 (2010-2013), the Multijurisdictional Practice Commission (2000-2002), and a member (2002-2010) and chair (2004-2008) of the Policy Implementation Committee of the ABA’s Center for Professional Responsibility. Aside from his contributions to the ABF, Gillers received the ABA’s Michael Franck Award, given annually for “significant contributions to the work of the organized bar…noteworthy scholarly contributions made in academic settings, [and] creative judicial or legislative initiatives undertaken to advance the professionalism of lawyers.”

ABF Director Robert Nelson praised him in a press release: “Stephen Gillers is a leading expert on lawyers’ ethics. He has had a profound impact on the field through teaching, research, and professional engagement.”