Richard Revesz named next director of the American Law Institute

The American Law Institute (ALI) announced today that Richard Revesz, Lawrence King Professor of Law and Dean Emeritus, will become its new director. Revesz, who will remain a member of NYU Law’s fulltime faculty, will work with current ALI Director Lance Liebman until May 2014 when Liebman will complete his 15-year directorship. 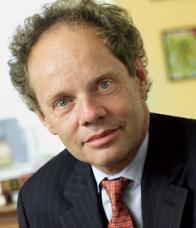 The ALI is the leading independent organization in the United States producing scholarly work to clarify, modernize, and otherwise improve the law. Made up of more than 4,400 highly distinguished lawyers, judges, and law professors, the ALI discusses, revises, and publishes Restatements of Law, model statutes, and principles of law that are enormously influential in U.S. courts and legislatures, as well as in legal scholarship and education. In recent years, more of its work has become international in scope.

Revesz is one of the nation’s leading voices in the fields of environmental and regulatory law and policy. He has published eight books and 60 articles in major law reviews and journals, and his work focuses on the use of cost-benefit analysis, the allocation of regulatory responsibility in a federal system, and the design of liability regimes. In 1994 and 2007, he received the American Bar Association’s award for the best article or book on administrative law and regulatory practice published during the prior year.

From June 1, 2002 to May 31, 2013, Revesz served as NYU Law’s dean, increasing the size of the full-time faculty by more than 30 percent, recruiting 46 new full-time professors, and building the leading faculty groups in many significant areas of law. He grew the number of clinics from 17 to 36, and established 11 new centers and institutes—interdisciplinary ventures that bring together faculty members, professional researchers, and students to work in areas of legal and policy salience. He also enhanced NYU Law’s already-historic commitment to public interest law, institutionalizing important programmatic and funding opportunities, including the doubling of the Root-Tilden-Kern Scholarship Program, which enables greater numbers of students to pursue public interest work. He also designed and launched the AnBryce Scholarship Program to support students from socio-economically disadvantaged backgrounds, among other substantial measures to increase the diversity of the legal profession and improve the provision of legal services to disadvantaged communities. During his tenure, Revesz raised a record-breaking $550 million to support such initiatives.

“Ricky has always been a highly productive and insightful scholar, even while handling the demands of running the Law School,” said Trevor Morrison, who assumed NYU Law’s deanship in June 2013. “His tremendous intellectual and administrative abilities, his capacity to lead, and his unbounded energy make him a fabulous choice to oversee the ALI, whose work has been so vital to practitioners, jurists, and academics.”

The role of the ALI director is to identify subjects for ALI work, recruit distinguished academics to serve as reporters on those projects, and appoint judges, professors, and practicing lawyers as advisers who assist the reporters in formulating legal principles that are then helpful to judges and practicing lawyers, discussed and debated in academic literature, and taught to law students. (Several NYU Law professors—Oren Bar-Gill, Rochelle Dreyfuss, Samuel Estreicher, Samuel Issacharoff, Andreas Lowenfeld, Erin Murphy, Stephen Schulhofer, and Linda Silberman—are current or recent reporters on ALI projects.)

The Nominating Committee of the ALI Council appointed Chief Judge Diane P. Wood of the U.S. Court of Appeals for the Seventh Circuit and Gerhard Casper, president emeritus of Stanford University, to work with ALI President Roberta Cooper Ramo as a search committee. The search committee unanimously recommended Revesz, whose appointment was approved by ALI's Council.

“In more than 90 years of working toward law reform, we have had only five directors, and each one was a giant in the law,” said Ramo. “In Richard Revesz, we have found another major legal figure to carry on the essential work of clarifying, modernizing, and improving the law.”

An ALI member since 1991, Revesz is faculty director of NYU Law’s Institute for Policy Integrity, which he founded in 2008. He also serves on the National Academy of Sciences’ Committee on Science, Technology, and Law, and is a public member of the Administrative Conference of the United States. He previously was a member of the Science Advisory Board of the U.S. Environmental Protection Agency and of a committee of the National Research Council charged with studying the costs and benefits of U.S. energy production and use. He is a member of the board of the Brennan Center for Justice and the Committee on Conscience of the United States Holocaust Memorial Museum, and served as trustee of the American Museum of Natural History from 2004 until 2013. He is also a fellow of the American Academy of Arts and Sciences, and a member of the Council on Foreign Relations.