Rachel Barkow is confirmed to the U.S. Sentencing Commission 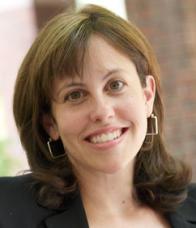 Barkow’s scholarship includes work on the relationship between modern sentencing laws and the constitutional role of the criminal jury. Recent articles include “Sentencing Guidelines at the Crossroads of Politics and Expertise” (University of Pennsylvania Law Review, 2012) and “Life without Parole and the Hope for Real Sentencing Reform,” published in Life Without Parole: America’s New Death Penalty (NYU Press, 2012).

Earlier this year, Barkow was named a recipient of NYU’s 2013 Distinguished Teaching Award, which is awarded to faculty members across the University who have made a significant contribution to both scholarship and teaching. Luckily for the Law School, Barkow’s new role on the U.S. Sentencing Commission will not conflict with her continued service as a full-time faculty member.