Kwame Anthony Appiah, a renowned philosopher whose scholarship spans a range of academic disciplines, will join the NYU Law faculty in early 2014. He will also hold an appointment at NYU’s Department of Philosophy and will spend half the year in New York and half the year at NYU’s other global sites. 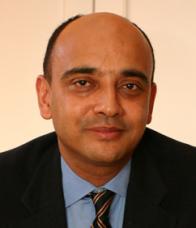 His current work centers on the ways philosophical problems of individuality and identity are manifested in law as well as in the philosophical foundations of liberalism; he is also exploring questions of method in arriving at knowledge about values and the connection between theory and practice in moral life.

“Professor Appiah was a visiting professor at the Law School in 1998, and we are delighted now to welcome him back,” said Dean Trevor Morrison. “A scholar of great brilliance and tremendous breadth, Professor Appiah has long been a leading thinker on issues of race and society. His work on cosmopolitanism will be of particular interest here at the Law School, where careful attention to globalization is central to so much of what we do.”

Among his many honors, he was awarded a National Humanities Medal by President Barack Obama in 2012; he is the recipient of the Herskovits Award of the African Studies Association for his book In My Father’s House, and he received Joseph B. and Toby Glitter Prize from Brandeis University in recognition of his contributions to racial, ethnic, and religious relations.  He is the recipient of numerous honorary doctoral degrees.

Prior to Princeton, Appiah taught at Harvard, Yale, Cornell, Duke, and the University of Ghana.

Born in London, Appiah grew up in Ghana and was educated at Cambridge University, where he received a PhD in philosophy.