Global Associate Professor of Law Mariana Pargendler, who teaches in the NYU Law Abroad in Buenos Aires program, has been recognized by the Corporate Practice Commentator in its annual Top 10 Corporate and Securities Articles list as the co-author of “The Evolution of Shareholder Voting Rights: Separation of Ownership and Consumption,” published in the January 2014 Yale Law Journal. The list was determined by votes from teachers of corporate and securities law, who considered more than 525 articles. 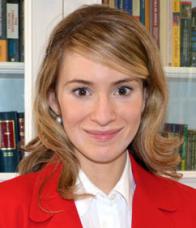 Pargendler is a professor at Fundação Getulio Vargas Law School in São Paulo. Hansmann, now a professor at Yale Law School, was George T. Lowy Professor of Law at NYU Law from 2003 to 2004.