The Korematsu Lecture, given annually at NYU Law in honor of Japanese internment challenger Fred Korematsu, serves as a forum to address Asian American perspectives on the law. This year, Judge Pamela Chen of the US District Court for the Eastern District of New York focused on race-consciousness in school admissions and the evolving debate over the issue within the Asian-Pacific-American (APA) community. 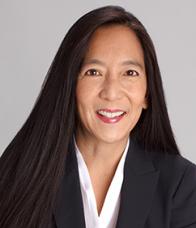 Chen was inspired to discuss this particular subject after attending an Asian-American Bar Association panel on Fisher v. University of Texas, a case challenging the race-conscious admissions policy at the University of Texas. Chen recalled there was a deep divide on the issue, reflecting schisms in the APA community at large.

“At one end, there are those who believe that consideration of race in school admissions has resulted in APA students being denied admission to elite schools solely because they are overrepresented,” Chen said. “Then there are those who believe that… the APA community has a moral obligation to support programs that benefit other minority communities, and especially those within our own APA community who are more disadvantaged, like recent immigrants.”

This division in the APA community emerged relatively recently, Chen said. The legal battle over whether public institutions of higher education can consider race in admissions began in 1978 with the case Regents of the University of California v. Bakke, in which the Supreme Court ruled that the university was not prohibited from considering race in its admissions process, but banned the use of racial quotas. At the time, Chen said, the APA community was united in favor of race-conscious admissions processes.

In the years since then, there have been continuous efforts to overturn Bakke. Cases such as Gratz v. Bollinger and Grutter v. Bollinger in 2003 contested admissions policies at the University of Michigan’s college and law school, respectively. In those cases, while the National Asian Pacific American Legal Consortium filed briefs in support of the university, the Asian American Legal Foundation submitted briefs favoring the petitioners, indicating a shift within the APA community in views on race and admissions. “Reflected in this shift are the changing circumstances and experiences of APAs in this country, and the success that many in our community have achieved, at least with respect to education,” Chen said.

With Fisher v. University of Texas back at the Supreme Court this year (the court originally remanded the case to the Fifth Circuit in 2013), the issue of race-conscious admissions continues to divide the APA community. Chen ended her speech with some of the many questions being raised: “Should we be concerned that we’re being used, almost like a battering ram, to dismantle affirmative action programs? Should we in the Asian-Pacific community no longer support affirmative action because it might actually cause harm to some people within our community, or because fewer APAs are actually benefiting from it? What does it mean to be a member of the APA community? Are we defined only by the discrimination from the outside?”

Video of the 2015 Korematsu Lecture