In an ever more interconnected global economy, international boundaries are increasingly irrelevant. And as governments everywhere turn to industry for examples of efficiency in serving stakeholders, so, too, have the lines blurred between the public and private sectors. 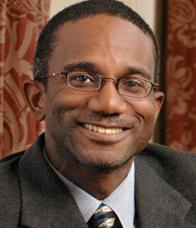 These new realities are at the conceptual core of the popular seminar Financing Development, which Vice Dean Kevin Davis, Beller Family Professor of Business Law, has taught since 2006. Part of the Paul, Weiss, Rifkind, Wharton & Garrison Transactional and Law and Business curriculum, the class originated in Davis’s desire for a course connecting commercial practice in the developed world to the situation in developing countries.

Financing Development is grounded theoretically in a 2009 article by Davis that he calls the course’s “manifesto.” In the piece, published in the University of Cape Town Faculty of Law journal Acta Juridica, Davis lays out the debate about the role of foreign capital in reducing poverty and promoting development in developing countries, arguing that the success of financing development hinges largely upon the terms on which funders provide capital.

There is a natural tension, of course, between public and private interests. “An ongoing theme of the class,” says Davis, “is that you have to look at things from these two perspectives: the perspectives of the private actors involved and maximizing their financial returns, and then the social implications of the transaction as well. It turns out that when you start talking to people who practice in this field, they’re very conscious of that. The lawyers doing sovereign debt work understand the economic future of their clients actually depends in part on the terms they’re able to negotiate, and the project finance lawyers understand that if they don’t abide by world standards in terms of environmental and social norms, then that can jeopardize the viability of the transaction.”

Davis focuses at least as much on the practical as the theoretical, alternating equally between his own lectures and presentations in which groups of students who have studied the documents for a particular transaction explain its intricacies to their classmates—while a lawyer who actually worked on the deal observes. The attorney then becomes a guest lecturer, filling in the background details to enrich the students’ understanding.

“I’m really just the ringmaster, and they’re the actual talent performing, in my view,” says Davis of his guests. “They’re the ones who provide access to the documentation, who can provide the backstory to these transactions, and who can provide feedback to the students in terms of explaining the practice points and what it’s actually like to be a lawyer on one of these transactions.”

While students might say that Davis plays down his level of involvement, they certainly concur about the importance of the visiting lawyers. Unsurprisingly, students also find the prospect of describing the complexities of a transaction to an expert who worked on it to be equal parts edifying and unnerving.

Jessica Rofé ’14, whose group covered a project finance deal for a power plant in Mexico during the visit of White & Case partner Troy Alexander, came into the class with a traditional social justice background. While Rofé had a healthy mix of public interest experience, including a year in the Law School’s high-profile Immigrant Rights Clinic, she lacked a deep knowledge of the issues involved in development finance. Seven months in post-earthquake Haiti convinced her she needed to follow the money to truly understand how best to effect change.

“It’s very much a social justice class, but it’s rooted in contracts, finance, and things I’m generally not familiar with,” says Rofé, adding, “All of the documents reflect this interplay between multilateral lenders, foreign investors, the commission that’s actually going to purchase the electrical output, the government. And then they have the nuts and bolts of who’s going to assume risk for specific parts of the deal, what happens to the property at the end of the deal, what happens if construction isn’t completed, what happens if there are delays.” While the students studied the deal intensely in order to understand most of it on their own, Alexander provided further context for the inefficiencies the deal was engineered to address.

Joshua Cohn ’14 gives due credit to Davis for the deep theoretical knowledge the professor brings to the class. “He reminds me of a Wikipedia page when you talk to him,” says Cohn. “He has all these things in his head that he lays out, and then he goes into each of them. It’s encyclopedic, the way his brain works.”

Students also mention the international mix of JDs and LLMs as an enriching feature, particularly in the group presentations. Cheng Jean Liang LLM ’14, for example, brought her experience as a corporate transactional lawyer in Malaysia, along with a desire to learn about other aspects of development.

“I had never thought about political context,” says Liang. “I was doing private work. The guest speakers show that you have a role in shaping development as a lawyer. That was a new perspective for me. It also gave me a more holistic way of looking at things. The course teaches you to think about entirety.”

If student interest is any indication, Financing Development meets a vital academic need. The class is so popular that Adjunct Professor Ana Demel ’86, a former partner at Cleary Gottlieb Steen & Hamilton, teaches her own section in the semesters Davis does not teach his.

Demel was inspired to offer her services after sitting in on Davis’s class shortly before he went on a year-long sabbatical. The classes are fairly similar in their subject matter, although Demel draws more on her own practice background in Latin American transactions, while Davis employs guest speakers to that end.

Praising Davis’s intelligence as well as his openness to students’ ideas, Demel adds, “Sometimes students have asked me for a little help in preparing for his class. They have tremendous respect for him, and they really want to do well.”

Some students do so well that they end up as leaders in the field. Margaret Dennis ’07, who took Financing Development as a 3L, is now a senior international attorney in the general counsel’s office of the Millennium Challenge Corporation, a hugely influential US foreign aid agency. Last spring, she returned to the class as a guest speaker.

Dennis was impressed with the students’ attention to contextual policy issues as well as the specific language of the documents. With the benefit of hindsight, Dennis points to the practical utility of such an exercise. “You’re not just reading the agreement,” she explains. “You’re thinking about why a provision is worded one way and what the effects of that would be. That is incredibly valuable for working at a law firm, in government, all kinds of practices.”

That sort of practical know-how was important for Cohn, who saw the course as a chance to fill an experiential gap. He had not done finance work while at a firm the previous summer, and wanted to gain knowledge in that field. “I think just understanding how money can flow across borders will absolutely be important,” he says, “no matter what I’m doing in the law. For anybody going into any field, this is as good as it gets, I think, for learning about the topic from one of the best.”