Q&A with Chief Judge Jonathan Lippman '68 on access to justice, the subject of his 2014 Brennan Lecture

New York Chief Judge Jonathan Lippman ’68 has been a passionate advocate for civil legal services and equal access to justice since becoming the head of the state judiciary in 2009. He has pushed for publicly funded civil legal services for the poor, a 50-hour pro bono requirement for law students seeking bar admission, mandatory reporting of pro bono service, a rethinking of the current legal curriculum, and the use of non-lawyer advocates to support unrepresented litigants. 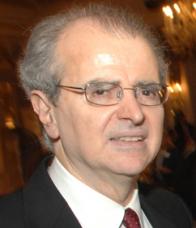 Lippman agreed to discuss his motivations and drive for change with Senior Staff Writer Atticus Gannaway shortly before he delivered the 20th Justice William J. Brennan Jr. Lecture on State Courts and Social Justice, titled “The Judiciary as the Leader of the Access to Justice Revolution.” Below is an edited and condensed Q&A.

You went full speed ahead in advocating for access to justice shortly after becoming chief judge. How did your passion for this set of issues originate?

When I became the chief judge, I had things in my mind from a 40-year career in the courts. The access to justice issue was first in my priorities as something I immediately wanted to pounce on. On top of all that, I came into office shortly after the economic crisis, which so widened what we call the justice gap.

Have you been inspired by the actions of other state judiciaries?

I see New York as being a leader in this area. Many of the things that we are doing are being emulated around the country, certainly regarding legal education, encouraging pro bono, and public funding by state governments. By the same token, as chief justices, we learn from each other. I certainly look with a very sharp eye toward what’s going on around the country.

I believe in not shrinking from being bold, trying new things, and not necessarily waiting to see what others are doing. On issues that are fundamental to equal justice, I do not think we have to stop and take a vote on how to proceed. You have to lead. If you are going to wait to get everyone’s agreement before you do anything, you are not going to get anything accomplished.

Given all these initiatives, do you consider yourself an activist?

Our constitutional as well as our ethical mission is to foster equal justice. I would describe myself as “proactive in the pursuit of justice” and wear that description as a badge of honor.

We miss the boat unless we understand that our roles are more expansive than solely sitting on the critical cases that come before high courts. The policy issues that revolve around access to justice are very much the raison d’etre of judicial leadership. I believe strongly in using the leverage and credibility of the judiciary as well as the public role of chief judge to effect change.

How have the various stakeholders reacted to the civil legal services push?

The fact that we have been able to obtain so much public funding for legal services—by far the most in the country—shows that we have helped our partners in government understand that legal services for the poor are every bit as important as the other priorities of life, like housing, education, or medical care. Civil legal services are not just another form of public philanthropy. As a result of that understanding by both our partners in government and the bar, we have received wide support.

Our friends in the law schools were initially taken aback that the judiciary would be so muscular with our power to regulate bar admission to implement the 50-hour rule, and now to allow students to take the bar exam earlier in return for full-time pro bono service (the Pro Bono Scholars Program). But the law schools get it that there is a deep unmet need for civil legal services. In general, we have had nothing but cooperation from the law school community.

As for the response from some in the state bar to reporting of pro bono service, I believe that you have to hold the members of a noble profession up to the highest aspirational standards, not settle for a focus only on their own more parochial or economic interests. Sometimes we have a family disagreement on how to get there or exactly how fast, but the bar invariably rises to the occasion.

What do you see as the endgame in your advocacy for civil legal services and pro bono participation?

What I am trying to do is make this abstract concept of justice real, concrete. All of us must have our day in court, no matter what resources we have. Equal justice is the endgame, and we are pursuing that goal with all of our energy. That is what all of us should be doing every day—pursuing justice.