Harold Koh, Sterling Professor of International Law at Yale Law School, who formerly served as dean of that institution and as legal adviser of the US Department of State, will be a distinguished scholar in residence at NYU Law during the 2014-15 academic year. 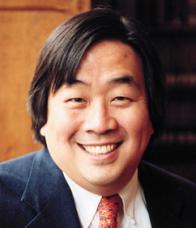 During his residence, Koh will teach at NYU’s Abu Dhabi campus during the January term. In Spring 2015, he will then teach a course at NYU School of Law: International Human Rights: Law Policy and Strategy. Koh will also participate in academic forums, including the Hauser Colloquium and the Institute for International Law and Justice Colloquium.

A top expert on public and private international law, national security law, and human rights, Koh has had two stints in the State Department, the first as assistant secretary of state for democracy, human rights, and labor from 1998 to 2001, and the second as legal adviser from 2009 to 2013. In 2012, Koh played a pivotal role in defusing the diplomatic tension between the US and China concerning human rights lawyer Chen Guangcheng and in bringing Chen to NYU as an academic visitor. Koh told the full story of that experience for the first time last month at an NYU Law symposium. Before joining the Yale Law School faculty in 1985, Koh worked in private practice and as an attorney-adviser in the Justice Department’s Office of Legal Counsel.