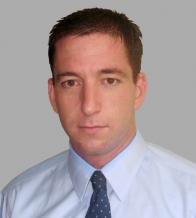 Glenn Greenwald ’94 is one of four journalists who will be honored with this year’s George Polk Award for national security reporting. He will receive the prestigious award with fellow journalists Ewen McAskill, Laura Poitras, and Barton Gellman for their reporting on the NSA documents leaked by Edward Snowden.

The George Polk Awards were established in 1949 by Long Island University. This year they honor 30 journalists in 13 categories such as foreign, national, and local reporting. Previous Polk recipients have included Edward R. Murrow, Christiane Amanpour, Carl Bernstein, Gay Talese, and Walter Cronkite, among others. The 2014 Polk Awards will be presented on April 11 in New York.

Greenwald also made headlines earlier this month for the debut of the Intercept, a new online magazine that he will edit alongside Jeremy Scahill and fellow Polk-recipient Laura Poitras.