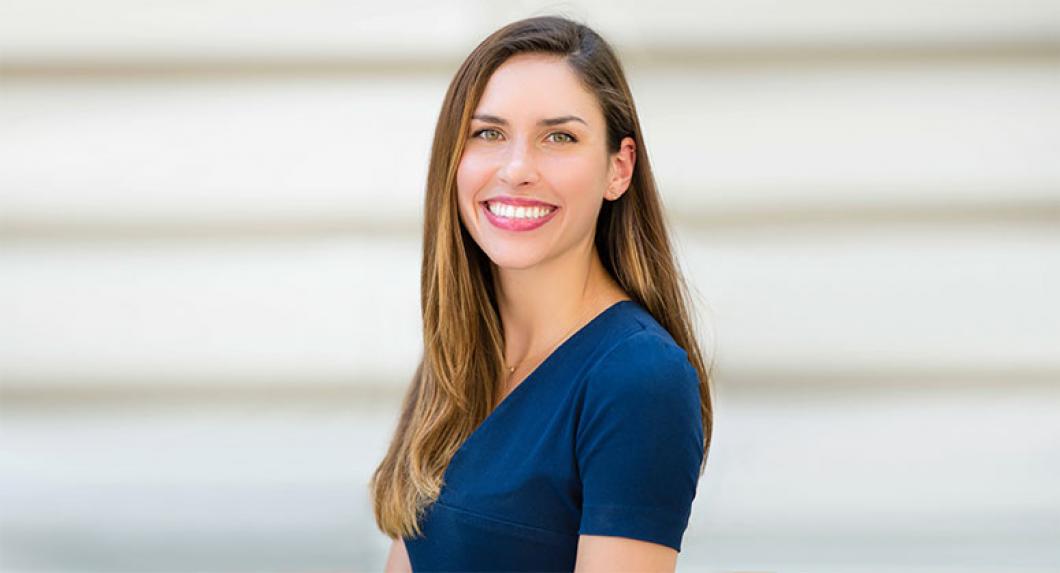 In her very first time in court, Felicity Conrad ’13 represented a Colombian man and his family seeking political asylum in the United States. “They were getting deported to a dangerous situation, and because of our representation, they were allowed to stay in this country. And that to me was an incredible thing, that even as a private lawyer at a private law firm, I could do pro bono work, making meaningful changes in people’s lives,” Conrad says. The experience of working on that particular case inspired Conrad to leave her job as an associate at Skadden, Arps, Meagher & Flom to found Paladin, a legal technology start-up that seeks to connect lawyers with pro bono cases pertaining to the issues they care about the most.

Paladin’s aim is to make it easier for the 1.3 million lawyers in the United States to meet the enormous need for pro bono legal assistance. Partnering with both law firms, law schools, and companies with in-house legal departments, the program matches lawyers to cases that fit their skills and interests. Paladin is currently in a beta stage, as Conrad and her team work with lawyers and legal aid organizations to determine how to make the platform as useful as possible.

“There aren't that many technologists working in public interest law, nor are there very many public interest lawyers who fully understand the world of tech,” Conrad says. “So that’s a challenge, but at the same time we have this incredible opportunity here to bridge those worlds and bring a lot of value into a deeply important space.”

As a law student, Conrad had no intentions of entering the field of legal technology. Before applying to law school, Conrad had interned for the American NGO Coalition for the International Criminal Court, and chose NYU Law, she says, because of her interest in international law. Conrad took full advantage of NYU Law’s global offerings: She served as the president of the International Arbitration Association, worked with Professor Margaret Satterthwaite in the Global Justice Clinic, spent a semester at Sciences Po in Paris through NYU the Law School’s exchange program, and with the help of Professor Jerome Cohen, interned in Beijing for a summer.

Relic Sun ’13, Conrad’s roommate in Beijing, recalls that even as a law student, Conrad did not shy away from venturing into unfamiliar territory. “When we were in Beijing, I had found a local place for us to stay—we weren’t living in an ex-pat area. We were living amongst local Chinese people, with local supermarkets, and there was no one around us speaking English. I speak Chinese, and for me I already felt like it was a struggle,” says Sun, who is now an associate at Outten & Golden. “But Felicity took it all in stride. I never heard her complain. She managed to go to the grocery store, continue her vegetarian meals (which is not easy in China), make it to and from work, and complete her internship. And she was perfectly seamless and graceful about it all.”

Now, Conrad brings that same positive spirit to her work at Paladin. “Felicity is a great conceptual thinker, very bright, and endlessly kind,” says Kristen Sonday, co-founder and COO of Paladin. “She also leads with a genuine love for our mission and desire to help others.”

Conrad credits NYU’s motto, “a private university in the public service,” as an inspiration for her work at Paladin. “Ultimately, what we are doing is trying to build bridges and help private institutions—like law firms, law schools, and companies with legal departments—work in the public interest. The private sector is extraordinarily powerful, and I believe it can be a powerful tool for good and to help close the justice gap.”