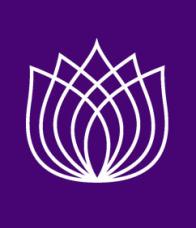 A panel of legal scholars gathered at NYU Law’s 18th Annual Timothy A. Gelatt Dialogue to discuss criminal justice in Taiwan today, and in particular, the question of whether Taiwan may be setting an example for China. The Gelatt Dialogue was established in memory of the former NYU law professor and avid Asian law scholar.

Jerome Cohen, professor of law and co-director of the U.S.-Asia Law Institute (USALI), kicked off the session with a brief introduction. Margaret Lewis ‘03, professor at Seton Hall Law School, focused on Taiwan’s abolition of its practice of reeducation through labor in 2009. A former U.S.-ALI research fellow who recently finished working on a book with Cohen, Lewis also gave an overview of how Taiwan transitioned in the past 10 years from a continental-style, inquisitorial justice system to a modified adversarial, U.S.-style system.

Yu-Jen Lu, a USALI research scholar and a judge on the Taiwan Taipei District Court, spoke in detail about reforms in Taiwan over the past 10 years that have raised the prosecutorial burden of proof, enacted cross-examination rules, and expanded defendants’ right to a lawyer. Shih-Kuo Liu, a prosecutor in Taiwan’s Banciao District Prosecutors Office and also a USALI research scholar, discussed the challenges of introducing common law elements into Taiwan’s continental-style civil law system. He described an experiment in two district courts in Taiwan in which five jurors deliberated and issued non-binding advisory decisions in felony cases.

Philip Alston, John Norton Pomeroy Professor of Law, gave a first-hand account of an external review that Taiwan commissioned of its human rights performance; he, along with Cohen, were part of the 10-member independent group of experts who evaluated Taiwan’s record. Alston praised the voluntary initiative and discussed the group’s recommendations. “If you’re really going to make a difference, progress has to be gradual,” said Alston, who is also faculty director and co-chair of NYU Law’s Center for Human Rights and Global Justice. “What’s important is setting institutions and procedures in place so they can make gradual changes.”

Closing up the discussion, Yu-Jie Chen, a JSD candidate at the Law School and research fellow at USALI, noted that Taiwan had ratified the International Covenant on Civil and Political Rights, and discussed what China could learn from Taiwan. The 18th Annual Gelatt Dialogues also included another panel that focused on criminal justice in China and featured Ira Belkin, USALI executive director, Frank Upham, Wilf Family Professor of Property Law and USALI co-director, and Chen Guangcheng, the prominent Chinese activist who is currently an author in residence at USALI.