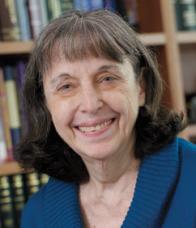 On May 15 Eleanor Fox ’61, the Walter J. Derenberg Professor of Trade Regulation, delivered her 30th annual lecture to the Competition Directorate-General of the European Commission.  The lecture was a sweeping look at European competition law, its evolution, and probable future.

Fox first visited the European Commission in 1983 as a visiting expert. She gave her first lecture to the Competition Directorate-General and has returned to lecture every year but one.  In her anniversary lecture in May, Fox noted that 30 years ago there was a large gap between the European law on abuse of dominance and US law on monopoly. Over the years, she said, European competition law increasingly weighed economic effects and moved in the direction of US law. But something surprising happened. In these same years, US monopoly law moved in the direction of laissez faire, and the size of the US/EU gap is approximately the same today as it was 30 years ago.

A top antitrust law scholar, Fox has also been recognized as a leader in the field of international and comparative competition law. She has advised numerous younger antitrust jurisdictions, including South Africa, Egypt, Tanzania, The Gambia, Indonesia, Russia, Poland and Hungary, and the common market of southern and eastern African nations, COMESA. Fox was awarded an inaugural Lifetime Achievement award in 2011 by the Global Competition Review for "substantial, lasting and transformational impact on competition policy."