Ed Rock, an expert in corporate law and corporate governance, will join NYU School of Law's permanent faculty this summer. He will launch and head the new Institute for Corporate Governance and Finance. 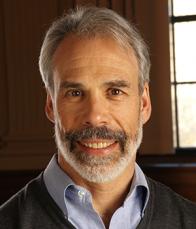 At the University of Pennsylvania Law School, where Rock is currently the Saul A. Fox Distinguished Professor of Business Law, he has taught courses on corporations, mergers and acquisitions, securities regulation, and antitrust. He has been in residence at NYU Law this academic year, and was a visiting professor in Fall 2011.

Rock's prodigious scholarship includes multiple award-winning papers, co-authored with George T. Lowy Professor of Law Marcel Kahan, on hedge funds, corporate voting, proxy access, corporate federalism, and mergers and acquisitions. At Penn, Rock served as associate dean from 2006 to 2008, and as senior advisor to the president and provost and director of Open Course Initiatives from 2012 to 2015. He was previously the co-director of the Institute for Law and Economics at Penn.

“Ed brings to NYU Law a combination of insightful scholarship, excellent teaching, and organizational energy and vision,” said Dean Trevor Morrison in an announcement to the NYU Law community. “He is especially skilled at bridging academic scholarship and the practice of corporate law.”

Rock earned a BS from Yale University in 1977, a BA from the University of Oxford in 1980, and a JD from Penn Law in 1983. From 1995 to 1997 he was a Fulbright Scholar and visiting professor of law at the Hebrew University of Jerusalem. Before becoming an academic, Rock was a partner specializing in complex antitrust and corporate and securities litigation at Fine, Kaplan and Black in Philadelphia.