A Powerhouse for Advocacy 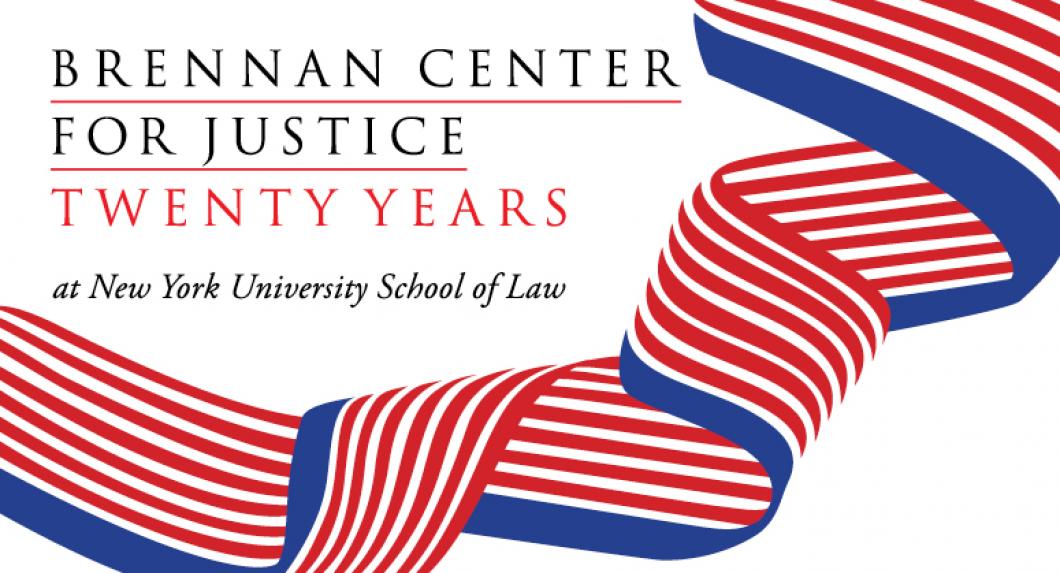 At NYU Law, the Brennan Center for Justice, founded in honor of a Supreme Court legend, uses a multipronged approach to pursue social justice.

NYU Law’s Brennan Center for Justice was unique from its inception. Founded through the efforts of dozens of US Supreme Court Justice William Brennan Jr.’s former clerks, who raised $5 million for the center’s endowment, the center now has a $16 million annual budget—all of it funded by outside donors. It is also the only NYU Law center to have been inaugurated at the Supreme Court, at a 1995 event attended by six current and former justices in addition to Brennan himself.

A nonpartisan law and policy institute dedicated to social justice, the Brennan Center is named for one of the most influential figures in the Supreme Court’s modern history. Brennan, instrumental in winning hard-fought consensus for more progressive outcomes in closely divided cases, was the author of 461 majority opinions during 33 years on the Court. His landmark opinions include Baker v. Carr—delineating the principle of “one person, one vote”—and New York Times Co. v. Sullivan—establishing the actual malice standard in defamation and libel cases against the media.

Per its mission statement, the center strives “to hold our political institutions and laws accountable to the twin American ideals of democracy and equal justice for all.” With more than 80 employees total working in its New York and Washington, DC, offices, the Brennan Center covers a comprehensive spectrum of issues, with the work organized primarily into three broad divisions. The Democracy Program is focused on voting rights, campaign finance reform, redistricting integrity, and a fair and independent judiciary; the Justice Program promotes a criminal and civil justice system that embodies “equal justice for all”; and the Liberty & National Security Program seeks to help achieve a balance between effective national security policies and respect for constitutionalism and the rule of law. In addition to its regular staff, the center hosts fellows who are experts in their fields, such as former US Representative Donna Edwards, 60 Minutes legal analyst Andrew Cohen, retired FBI agent Michael German, former New York Times editorial board member Dorothy Samuels, and Roll Call columnist Walter Shapiro.

Michael Waldman ’87, the Brennan Center’s president since 2005, has overseen a significant expansion and transformation in the mission of the center during his dozen years as its leader. Waldman, the author of influential books including The Second Amendment: A Biography (2014) and The Fight to Vote (2016), is particularly well placed at the intersection of justice, policy, and effective messaging: During the Clinton administration, he served as special assistant to the president for policy coordination before becoming director of speechwriting.

“We’ve become more nationally known, we’ve focused on some big issues, and we’ve augmented our litigation skill that we had from the start with a real focus on public advocacy and policy development and public education,” says Waldman. “The way we see it, winning in the court of public opinion is critical to winning in a court of law or making deep change.” In the past year, the Brennan Center’s work has figured in 10 front-page New York Times and Washington Post articles among more than 3,600 news items in various media.

The center has been particularly active as a champion of voting rights. In 2011, when 19 states passed more than two dozen new laws making it harder to vote (“the first time since the Jim Crow era” such a widespread attempt at suppression had occurred, Waldman observes), the Brennan Center issued a study concluding the legislation could create voting barriers for as many as five million people. “Nobody had connected the dots,” says Waldman, adding, “This broke open the issue of voter suppression in the United States.” The study triggered a lead New York Times piece and helped convince the Justice Department to investigate, Waldman notes. The center joined other organizations in litigation that, by Election Day 2012, had fended off every one of the new laws.

The 2016 US election brought the Brennan Center’s voting rights advocacy into the spotlight once more when Republican presidential candidate Donald Trump alleged widespread voter fraud. The Brennan Center’s “rock-solid research,” says Waldman, “shows that you are more likely to be struck by lightning than to commit in-person voter fraud in the United States, as an empirical matter…. When you hear these claims of voter fraud, it’s not a claim. It’s a lie.”

Trump’s Electoral College victory prompted the center to alter its strategy. With Justice Antonin Scalia’s Supreme Court seat now filled by a conservative appointee (“The difference between Justice Gorsuch and Justice Garland is pretty significant when it comes to money in politics,” Waldman says), the Brennan Center has shifted its timetable and thinking on trying to overturn cases such as Citizens United v. Federal Election Commission to achieve campaign finance reform. Likewise, while presidential candidate Hillary Clinton endorsed the center’s voting reform proposal, Waldman does not expect it to gain much traction with the current administration. The center anticipates an uphill climb on other issues, including criminal justice reform (Trump speaks of a national crime wave that the center’s widely referenced research refutes) and judicial independence.

“In many ways, the [current] challenges to democracy are more profound than we’ve addressed at any point in the Brennan Center’s history,” says Waldman. Among the center’s  stream of recent reports are “The Chosen One: Thoughts on a Better, Fairer, and Smarter Way to Choose Presidential Nominees,” “The Islamophobic Administration,” and “How Many Americans Are Unnecessarily Incarcerated?” A report about foreign interference in US elections is on the horizon.

“The Brennan Center is a unique organization,” says Menendez. “There aren’t many places that do both empirical analysis and policy proposals, legal analysis, federal advocacy, state advocacy, local advocacy, communications, strategic impact litigation. We really have the Swiss Army knife of legal tools at our disposal. One of the points of the clinic is to show students that being a lawyer can involve a wide range of skills, and part of doing effective advocacy work is knowing when to use what skill.”

Danielle Vildostegui ’17, who took the clinic last fall, worked with Justice Program Senior Counsel Lauren-Brooke Eisen. Vildostegui wrote her undergraduate thesis on private prisons, which led to her assisting with Eisen’s project, a forthcoming book on the topic. The mentoring relationship they developed is one Vildostegui expects will endure. In the weekly seminar, she and her fellow students learned about the center’s various components as well as the general process of public policy advocacy, with guest speakers discussing topics such as researching and writing reports, fundraising, and engaging unlikely allies. “You get a broader scope of what the Brennan Center is doing on a day-to-day basis outside of your singular fieldwork,” says Vildostegui.

NYU Law faculty also play a key role at the center. Law School professors comprise one-third of the board of directors, including Norman Dorsen Professor of Civil Liberties Burt Neuborne, the Brennan Center’s founding legal director. More than a dozen faculty have collaborated with the center in various capacities, and the center hosts numerous symposia, panel discussions, and book talks at the Law School each year. Last September, the Brennan Center co-hosted a daylong symposium, “Policing and Accountability in the Digital Age,” with NYU Law’s Policing Project.

The Brennan Center’s staff list is peppered with Law School alumni, including Waldman, who underscores the importance of the Brennan Center’s relationship with NYU Law as it advocates for social justice. “We gain enormously from being able to draw on the energy and skill of the students, the involvement with the faculty, and many other things. Being part of the NYU family is really core to the strength of the Brennan Center…. Because we’re rooted in one of the best law schools in the world, that enables us to have rigor and credibility and independence in doing that work. And now those values are being tested in ways that they have not been in a long time. We feel we have been getting ready for this moment for 20 years.”

NYU Law professors who have collaborated with the Brennan Center

“The Second Amendment by Michael Waldman '87 asks how we arrived at the right to own a gun”
NYU Law website, 6/4/14