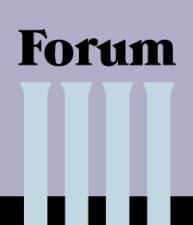 On October 12, an NYU Law Forum, sponsored by Latham & Watkins, convened experts with backgrounds in law, journalism, intelligence, and senior government service to discuss the Department of Justice’s probe into former President Donald Trump’s possession of classified documents at his Mar-a-Lago estate. The Reiss Center on Law and Security co-hosted the event.

The speakers discussed the national security and domestic law implications of the Mar-a-Lago documents, as well as how the intelligence community’s interest in protecting national secrets could affect the US Department of Justice’s decision whether to bring criminal charges against Trump. They also examined the Supreme Court’s evolving interpretation of the limits of executive privilege, and explained key elements of the Espionage Act, Presidential Records Act, and the declassification of documents—all of which figure in the Department of Justice’s investigation.

Watch the full discussion on video:

Selected quotes from the discussion:

Carol Leonnig: “In the last year of Donald Trump’s presidency…he, according to our reporting, was stuffing records into boxes indiscriminately that he just thought were interesting. He was taking to the executive mansion from the Oval Office materials that had been provided to him in National Security briefings, just saying ‘You know, I think I’d like to hold onto this.’ So that’s pretty chaotic and that’s a breakdown of every norm that I can imagine… However, chaos cannot explain a former president resisting for months requests from the National Archives to return key records that they know were missing. It cannot explain a former president resisting the advice of his former White House counsel, and deputy White House counsel, and deputy’s deputy White House counsel. It cannot explain a subpoena having a response…that misses more than half of the classified records that are, to our knowledge, at Mar-a-Lago. So I am in the camp of no, [chaos] cannot explain what happened.” (video, 10:43)

Mary McCord: “When we talk about potentially bringing charges that would involve an Espionage Act offense or another national security related offense…we have two competing interests within the Executive Branch. So we have the intelligence community that really owns that information…. And they, frankly, would prefer no criminal cases ever be brought because every intelligence collection and investigation is about continuing to make us smarter when it comes to defending the United States against all types of threats. And so they would rather the collections just continue on and on and on without the prosecutors ever knocking on their door…On the other side, of course, is the criminal divisions of the FBI and the Department of Justice who are concerned about accountability, and when they see potential crimes involving national security including the mishandling of classified information…they want to hold people accountable for that.” (video, 27:26)

Bob Bauer: “[The Supreme Court] stated their recognition of a substantial, serious question about a former president’s right to invoke the [executive] privilege even if an incumbent president objected…. There’s some lack of clarity here, but the law seems to be going in the direction of some right—and I want to emphasize this, right—that a former president, however limited it might be, can assert and seek relief in the courts on.” (video, 38:08)

Andrew Weissmann: "It can be very hard to get people to tell the truth about what they know in two situations. One, if they can plausibly say they don’t recall. They don’t have real liability, but they just don’t want to get involved because it’s such a high-profile matter…And the other is, it’s very hard to flip people when the fall is not just saying they did something wrong, but saying they did something wrong when it’s covered on the front page of The Washington Post.” (video, 49:08)

“The Undoing of Democracy?”