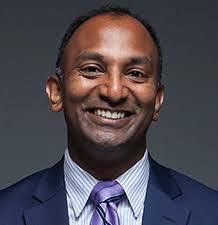 Thiru Vignarajah is the former Deputy Attorney General of Maryland and was a Democratic candidate for Mayor of Baltimore. The son of Baltimore City public school teachers, Thiru went from local public schools to Yale University and Harvard Law School, where he served as President of the Harvard Law Review. He subsequently clerked for Judge Guido Calabresi of the U.S. Court of Appeals for the Second Circuit and Justice Stephen Breyer on the United States Supreme Court. Thiru later served as a federal and city prosecutor before being named Deputy Attorney General of Maryland. Thiru worked at McKinsey before law school, and after his service as Deputy Attorney General, he joined the law firm of DLA Piper as a litigation partner in Baltimore. Thiru has also taught courses on constitutional law, crime policy, and law and education at Johns Hopkins University, the University of Baltimore School of Law and the University of Maryland School of Law, where he has repeatedly been voted outstanding professor of the year.