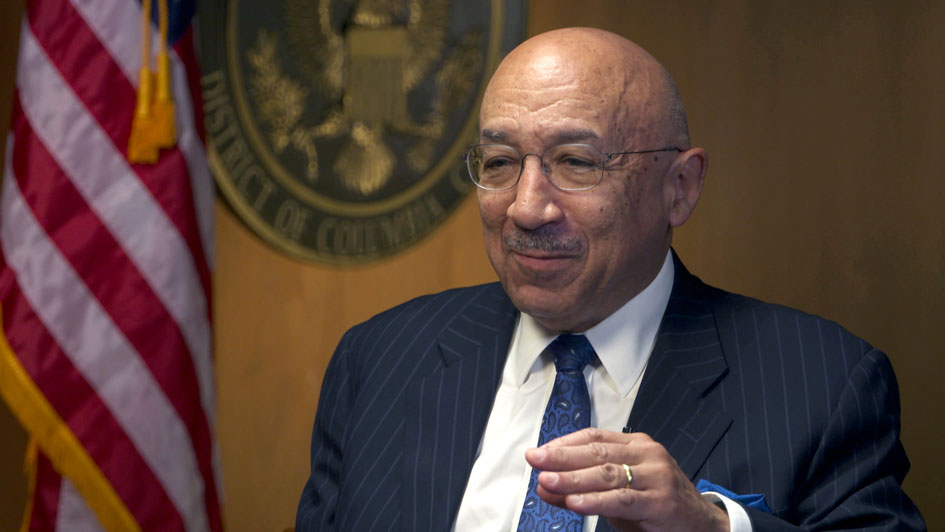 Please note: The oral history of Judge Harry T. Edwards is not currently available to the public. Interested persons may contact the Institute of Judicial Administration at ija.admin@nyu.edu or 212.992.6289 with specific requests.

Harry T. Edwards, Senior Circuit Judge, US Court of Appeals for the DC Circuit, was born in New York City on November 3, 1940. He received a BS from Cornell University in 1962 and a JD from the University of Michigan Law School in 1965. He was admitted to practice law in Illinois in 1965. He was an associate at Seyfarth, Shaw Fairweather & Geraldson in Chicago from 1965 to 1970. He was then a professor of law at the University of Michigan Law School from 1970 to 1973 and from 1977 to 1980, and at Harvard Law School from 1975 to 1977. He was also a member of the faculty at the Institute of Educational Management at Harvard University from 1976 to 1982. From 1977 to 1980, he served as a member and then chairman of the board of directors of Amtrak. He was appointed to the United States Court of Appeals for the District of Columbia Circuit in 1980. He served as Chief Judge from September 15, 1994, until July 16, 2001, and he took senior status on November 3, 2005. He has taught at the NYU School of Law since 1990, where he is now a professor of law. Between 1981 and 1990, he was a visiting professor at Pennsylvania, Harvard, Duke, Georgetown, and the University of California—Irvine law schools. He has co-authored five books and published scores of articles dealing with appellate advocacy, legal education, judicial process, judicial administration, labor law, equal employment opportunity, labor arbitration, higher education law, and alternative dispute resolution. He is a member of the American Academy of Arts and Sciences and the American Law Institute and is a fellow of the American Bar Foundation.

All rights in these oral history interviews belong to New York University. Quoting or excerpting of oral history interviews is permitted as long as the quotation or excerpt is limited to fair use as defined by law. Quotations and excerpts must cite and give proper credit to: IJA Oral History of Distinguished American Judges, Institute of Judicial Administration, NYU School of Law. For quotations or excerpts that exceed fair use, permission must be obtained from the Institute of Judicial Administration. Any permission granted will comply with agreements made with the interviewees and/or interviewers who participated in the oral history project. The transcript shall control over the video for any permitted use.