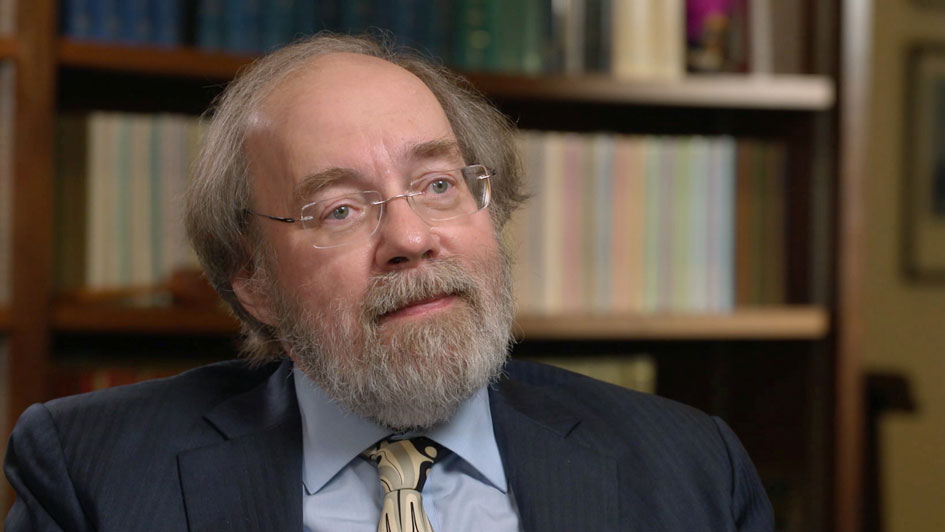 Please note: The oral history of Judge Frank Easterbrook is not yet available to the public.

Judge Easterbrook was interviewed by Nicholas Q. Rosenkranz, professor of law at Georgetown Law, on August 13, 2019, at the US Court of Appeals for the Seventh Circuit in Chicago, Illinois.

Frank H. Easterbrook is a Judge of the United States Court of Appeals for the Seventh Circuit and a senior lecturer at the University of Chicago Law School. From 2006 through 2013, he was the court’s Chief Judge and a member of the Judicial Conference of the United States. Before joining the court in 1985, he was the Lee and Brena Freeman Professor of Law at the University of Chicago, where he taught and wrote in antitrust, securities, corporate law, jurisprudence, and criminal procedure. He has published The Economic Structure of Corporate Law (with Daniel R. Fischel) and about 100 scholarly articles. He served as co-editor of the Journal of Law and Economics from 1982 to 1991 and as a member of the Judicial Conference’s Standing Committee on Rules of Practice and Procedure from 1991 to 1997. Before joining the faculty of the University of Chicago Law School in 1979, Judge Easterbrook was deputy solicitor general of the United States. He holds degrees from Swarthmore College (BA, 1970) and the University of Chicago (JD, 1973) and is a member of the American Academy of Arts and Sciences, the American Law Institute, and the Mont Pelerin Society. In 2018, he received the Thomas Jefferson Foundation Medal in Law.

All rights in these oral history interviews belong to New York University. Quoting or excerpting of oral history interviews is permitted as long as the quotation or excerpt is limited to fair use as defined by law. Quotations and excerpts must cite and give proper credit to: IJA Oral History of Distinguished American Judges, Institute of Judicial Administration, NYU School of Law. For quotations or excerpts that exceed fair use, permission must be obtained from the Institute of Judicial Administration. Any permission granted will comply with agreements made with the interviewees and/or interviewers who participated in the oral history project. The transcript shall control over the video for any permitted use.