Watch Emma Schwartz '22 explain how the NYU faculty helped her with the judicial clerkship application process.

The Law School devotes significant resources to helping students and alumni find judicial clerkships. Here are a just a few of the ways our clerkship program stands out:

NYU is launching a Clerkship Diversity Program that will provide faculty and alumni mentoring and advice designed to support students typically underrepresented in the clerkship process.

Learn more about this new program and how to apply.

Where Our Graduates Clerk

About 20% of each graduating class eventually clerks. In the past five academic years, our graduates accepted more than 600 clerkships—173 with judges on federal appeals courts. In the current term, 13 graduates are clerking on the United States Court of Appeals for the District of Columbia Circuit, the Second Circuit, and the Ninth Circuit—three of the most competitive Circuits. Since 2000, 36 NYU graduates have clerked or secured clerkships on the US Supreme Court.

NYU graduates clerk throughout the country. Since 2013, NYU grads have accepted clerkships in 47 states plus the District of Columbia and Puerto Rico, and 3 countries.

Watch Alok Nadig '16 talk about how the Judicial Clerkship Office helped him prepare and apply for clerkships.

Numerous Opportunities to Interact with Judges at NYU Law

NYU Law students can take courses such as Decisionmaking in the Federal Courts and Constitutional Litigation with distinguished judges, including Judge Harry T. Edwards of the United States Court of Appeals for the District of Columbia, and Judge John Koeltl, Judge Allison Nathan, and Judge Jed Rakoff of the US District Court for the Southern District of New York.

NYU holds several events throughout the year with judges from across the country, including the Orison S. Marden Moot Court Competition, the National Immigration Law Competition (ILC), and the Brennan Lecture on State Courts and Social Justice.

NYU is also home to the Institute of Judicial Administration (IJA), a leader in judicial education since 1952. Over one-third of all currently sitting federal and state appellate judges are alumni of IJA training programs. Students can apply to be IJA Fellows and work on the annual seminar for new appellate judges.

Information for Current Students and Alumni

NYU students and alumni can access the Judicial Clerkship Handbook and Appendices, as well as other valuable resources, by logging into your CSM/Symplicity account and clicking the “Clerkships” tab. You must complete the registration form before you can access the database. If you do not have a CSM account, you can register for an account on the student/alum login page. 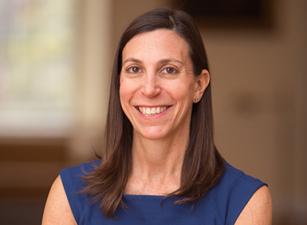