NYU Law has long had a very distinguished program in legal, moral, and political philosophy that has greatly influenced the way law schools across the country teach this complex interdisciplinary field of study. The intellectual values and programmatic innovations of its founding figures, the great philosophers Ronald Dworkin and Thomas Nagel, are evident throughout the curriculum and in the work of the Center for Law and Philosophy.

Liam Murphy, Samuel Scheffler, and Jeremy Waldron, all leaders in the field, are now the public faces of this program. They are complemented by a faculty with a wide range of specialties, including renowned philosopher Anthony Appiah, who joined the Law School in 2014. Among the other full-time faculty with strong philosophical expertise are John Ferejohn, Moshe Halbertal, Mattias Kumm, Stephen Holmes, Robert Howse, David Richards, Lewis Kornhauser, Mark Geistfeld, Benedict Kingsbury, David Golove, and Amy Adler. Dale Jamieson, a distinguished environmental ethicist and the founder of NYU’s Environmental Studies Program, also teaches at NYU Law each year. The Law School has hosted a number of distinguished legal philosophers as part of its Hauser Global Law School Program, including David Dyzenhaus, Leslie Green, János Kis, Wojciech Sadurski, and, for several years, Jürgen Habermas.

NYU Law offers a selection of legal philosophy courses that presents more choice and opportunity than other top law schools. Students can choose from a three-tiered structure of courses, seminars, and colloquia. The first tier consists of a series of introductory lecture courses about jurisprudence or legal philosophy, moral philosophy, and political philosophy. The second tier involves more specialized courses and seminars, such as Waldron’s celebrated course on the Rule of Law or Murphy’s Private Law Theory: Contract and Property seminar. The third tier, the Colloquium in Legal, Political, and Social Philosophy, brings in distinguished speakers (half from NYU School of Law) who present papers in moral, political, and legal theory, and then are subjected to challenges and questioning from faculty and students. Guests over the years have included the biggest names in the field, such as Jürgen Habermas, Frances Kamm, and Thomas Scanlon.

The Law School offers a JD/MA or PhD in Philosophy with NYU’s Graduate School of Arts and Science.

The Colloquium in Legal, Political, and Social Philosophy is led by Liam Murphy, Samuel Scheffler, and Jeremy Waldron. 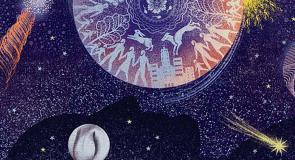 Samuel Scheffler has his own take on the importance of an afterlife. Read more