History of the Program

The Hays Program is named for Arthur Garfield Hays, a leading New York lawyer who was a founder and general counsel of the American Civil Liberties Union.

Born in Rochester, New York in 1881, Hays graduated from Columbia Law School in 1905 and built a substantial law practice. Throughout his career, Hays devoted much of his time and energy to the defense of civil liberties. In one of his books, he wrote, “I hate to see people pushed around. I vent my emotions in trying to help them from being pushed.” In that spirit, and as a close associate of Roger Baldwin, the principal organizer of the American Civil Liberties Union, he served for 25 years as general counsel of ACLU. He played a leading role in many important cases, including the Scopes evolution trial in Tennessee, the Sweet segregation case in Detroit, the Countess Cathcart immigration case, the “Trenton Six” case, and the Reichstag fire litigation in Berlin.

Arthur Hays also was a major figure outside the courts. Defying bans on free speech by Mayor Frank Hague, he addressed public meetings in Jersey City, leading to a major first amendment ruling in the Supreme Court. In 1937, Hays headed an inquiry into police violations of civil liberties in Puerto Rico.

In 1951, Hays rebutted McCarthyism. Professor Dorsen wrote, "Senator Joe McCarthy was at the zenith of his power. The country—including then-General Eisenhower, as we learned the following year during his presidential campaign—was browbeaten by McCarthy and HUAC. Hays's defense of the First Amendment as it relates to radical speech and parties was as good as it could be at the time and maybe any time." 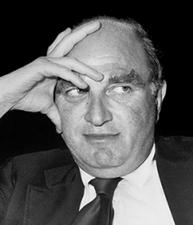 Professor Norman Dorsen became Director in March 1961 when he joined the NYU School of Law faculty and served as Co-Director of the Hays Program until his retirement in 2017.

Dorsen was a graduate of Columbia University and the Harvard Law School. After military service in the office of the Secretary of the Army, where he assisted in fighting McCarthyism during the 1954 Army-McCarthy Hearings, Dorsen studied at the London School of Economics. He subsequently served as law clerk to Calvert Magruder, Chief Judge of the United States Court of Appeals for the First Circuit, and to Justice John Marshall Harlan of the United States Supreme Court.

While general counsel to the American Civil Liberties Union, Norman Dorsen argued several cases before the US Supreme Court, including those that won the right to due process for juveniles in delinquency hearings, upheld constitutional rights of nonmarital children and advanced abortion rights. He also participated in the Gideon case, the Pentagon Papers case, Roe v. Wade and the Nixon Tapes case. He was the author or editor of 16 books, including Frontiers of Civil Liberties and The Rights of Americans. Professor Dorsen was the first president of the Society of American Law Teachers and was president of the ACLU from 1976 to 1991. He also served as chairman of the Lawyers Committee for Human Rights and was the founding president of the US Association of Constitutional Law. Professor Dorsen taught constitutional law and statutory interpretation, and was founding director in 1994 of the school’s Hauser Global Law School Program.