The Rose Sheinberg Lecture Program invites a scholar working on cutting-edge issues of gender, race, and class to participate in a day of informal discussion, classroom teaching, and formal lecture in order to expose the Law School community to a variety of ideas, insights, and initiatives.

The Program is endowed by Jill and Richard Sheinberg, Dale J. and Arthur Galston, and the estate of Joel Dolkart to honor the memory of Rose Sheinberg '50.

Rose Sheinberg received her JD from NYU School of Law in 1950, when she was 45 years old. She was drawn to the law while teaching mathematics in high schools of New York City. In 1940, the Rapp-Coudert Committee started to ferret out progressive, “leftist” teachers in New York City schools. Motivated in part by the committee’s activities, Sheinberg began taking classes at NYU in the evenings while she continued to teach full-time. After graduating from NYU School of Law, Sheinberg entered into a small legal partnership and practiced in New York City.

Born on August 13, 1904, Sheinberg refused to follow the conventions of her time. During the 1940s, New York City prohibited its teachers from marrying, so Sheinberg became the lifelong unmarried partner of Herbert Williams. Her partnership with Williams, originally from Jamaica, scandalized the educational authorities of her time. Undaunted, Sheinberg and Williams continued to share their lives until Williams’ untimely death.

In addition to her work as a lawyer and teacher, Sheinberg traveled widely and retained a global perspective all her life. She was a wise mentor and role model. She died in May 1988, and the memory of her life inspired the establishment of the Rose Sheinberg Lecture Program at New York University School of Law. 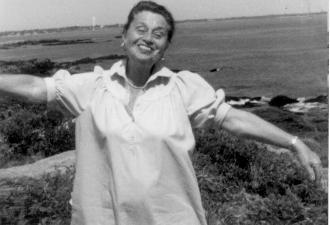 Members of the Sheinberg Committee: