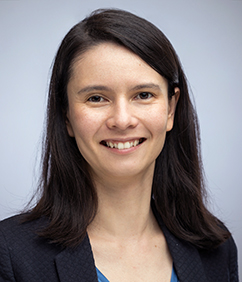 Chye-Ching Huang is the Executive Director of the Tax Law Center at NYU Law. Before starting the Tax Law Center, Huang was senior director of economic policy for the Center on Budget and Policy Priorities, where she worked on the analysis and design of a wide range of federal tax, fiscal, and economic policy proposals, in collaboration with tax academics, practitioners, analysts, and advocates.

Huang has written on a wide range of federal tax and fiscal and economic policy issues, testified several times before Congress on tax issues, and appears regularly in the media.

Previously, Huang was a tax academic at the University of Auckland in New Zealand, where she published research on tax law, policy, and regulation, and taught graduate and undergraduate tax law.  She also practiced in tax for New Zealand commercial law firm Chapman Tripp. She has consulted for the International Budget Partnership on fiscal policymaking processes and institutions.

Huang holds an  LLM from Columbia Law School, where she was a Sir Wallace Rowling/Fulbright and James Kent Scholar, and a Bachelor of Law (Honours) and a Bachelor of Commerce in Economics from the University of Auckland in New Zealand. 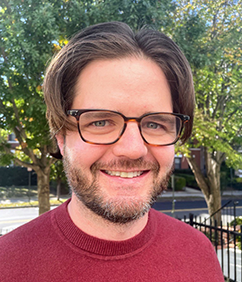 Mike Kaercher is a Senior Attorney Advisor and Director of the Climate Tax Project  at the Tax Law Center at NYU Law. He has over a decade of experience on a broad range of complex federal tax issues. Kaercher currently focuses on leading the Tax Law Center’s work on the implementation of the climate tax provisions of the Inflation Reduction Act, as well as contributes to the Center’s work across a range of other issue areas.

Prior to joining the Tax Law Center, Kaercher spent two years on detail to the House Ways and Means majority tax staff. While there, he designed and advanced tax policy in various substantive areas, including green energy tax policy, excise taxes, and COVID relief.

For seven years, he was an employee of the Office of Associate Chief Counsel (International) at the IRS, where he advised the IRS on interpretation, administration, and enforcement of various international tax regimes, including the Foreign Account Tax Compliance Act (FATCA), the Global Intangible Low-Taxed Income (GILTI) regime, and the Subpart F regime. In that role, he also drafted certain regulations and other guidance related to these regimes.

Prior to joining the government, Kaercher was an associate at Ivins, Phillips & Barker, and at WilmerHale, where he advised large corporations and universities, primarily on employee benefits matters.

Kaercher holds a JD from Harvard Law School, and a BA from Colgate University.

Kaercher is admitted to practice law in Washington, DC and Maryland. 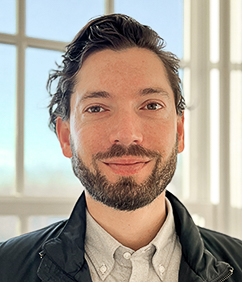 Peter Richman is a Senior Attorney Advisor at the Tax Law Center at NYU Law. He has significant experience in corporate tax matters, particularly issues regarding acquisitions, spinoffs, reorganizations, and consolidated returns.

Prior to joining the Tax Law Center, Richman was a Senior Counsel at the Office of Associate Chief Counsel (Corporate) at the IRS where he focused on regulatory guidance and implementation of the Tax Cuts and Jobs Act. At the IRS, Richman also worked on private letter rulings, IRS field matters, and internal training programs.

Richman started his tax career in the Transaction Tax practice of EY’s National Tax Department in Washington, DC. He teaches a course in corporate taxation as an adjunct professor at the Georgetown University Law Center.

Richman is admitted to practice law in Washington, DC. 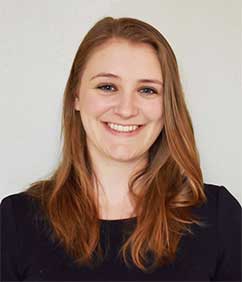 Taylor Cranor is an Attorney Advisor, Climate Tax Project at the Tax Law Center at NYU Law. Cranor’s work currently focuses on the implementation of the climate tax provisions of the Inflation Reduction Act, and she also contributes to the Center’s work across a range of other issue areas. Cranor previously worked as a Tax Law and Policy Fellow at the Tax Law Center on a range of areas, including climate tax, administrative law, and digital asset taxation. Prior to law school, Cranor was an Empirical Research Fellow at Stanford Law School, where she designed and analyzed randomized control trials to increase take up of refundable tax credits. Cranor has interned at the National Economic Council, the Joint Committee on Taxation, and Skadden, Arps, Slate, Meagher & Flom LLP. Cranor has volunteered for Volunteer Income Tax Assistance (VITA) for three years.

Cranor is admitted to practice law in Washington, DC. 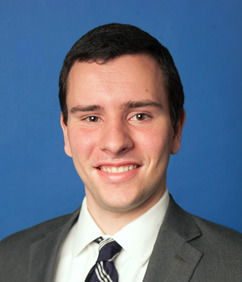 Brandon DeBot is an Attorney Advisor for the Tax Law Center at NYU Law. He focuses on administrative law and tax controversy issues, as well as the Center's engagement with federal tax policy debates and collaborations with external partners. Before joining the Tax Law Center, DeBot was a Law Clerk to the Honorable Susan L. Carney on the U.S. Court of Appeals for the Second Circuit and the Honorable Jeffrey A. Meyer on the U.S. District Court for the District of Connecticut.

DeBot previously served as a Policy Advisor at the White House National Economic Council, where he helped to coordinate the development and execution of the Obama Administration's tax policies and priorities. DeBot has also worked at the Center on Budget and Policy Priorities (CBPP), most recently as a Tax Policy Fellow. At CBPP, he authored analyses on a range of tax and budget policy issues, and his publications were frequently cited by the media and policymakers. Additionally, DeBot worked for several years as an advisor for Sperling Economic Strategies, where he advised former National Economic Council Director Gene Sperling on tax and other economic policy issues. He has served for three tax seasons as a certified tax preparer through the IRS’s Volunteer Income Tax Assistance (VITA) program.

DeBot is admitted to practice law in Connecticut. 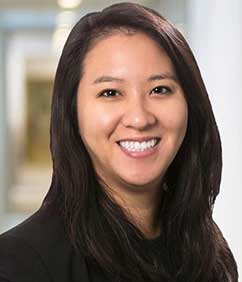 Sophia Yan is an Attorney Advisor for the Tax Law Center at NYU Law.  Before starting at the Tax Law Center, Yan was an associate at Skadden, Arps, Slate, Meagher & Flom LLP, where she worked on federal and state tax controversy and planning matters, advising multinational corporations, exempt organizations, and high-net worth individuals. Her work included transfer pricing, Subpart F, and issues arising out of audits and examinations from state and federal tax authorities.

Yan holds a JD from the University of Pennsylvania Law School and a BA in Public Policy, with honors, from the University of Chicago. During law school, Yan was a tax law clerk at the Senate Finance Committee and an intern at the Securities and Exchange Commission’s Philadelphia office. She also served as Executive Editor of the Journal of Law and Social Change. Prior to law school, Yan worked in the enforcement division of the Consumer Financial Protection Bureau.

Yan is admitted to practice law in Washington, DC. 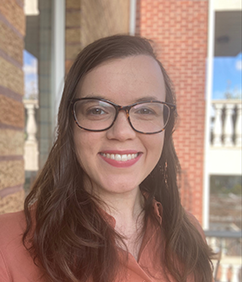 Bryant graduated from The College of William & Mary in 2018 with a B.A. in Public Policy and a minor in History. 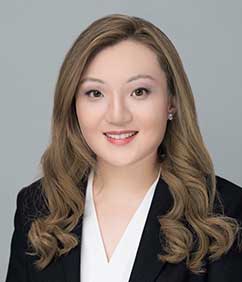 Emily Shi is a Tax Law and Policy Fellow at the Tax Law Center at NYU Law. She is a recent SJD graduate from the University of Virginia School of Law. Her dissertation analyzed the impacts of federal housing funds on social mobility, economic welfare loss of untaxed imputed rents, and taxpayer behavior. Shi interned at the Community Tax Law Project, where she focused on innocent spouse relief issues for low-income taxpayers, and performed tax law research for the Mississippi Center for Justice and Animal Defense Partnership.

Shi also holds a Taxation LLM with a Certificate in International Tax from Georgetown Law Center. 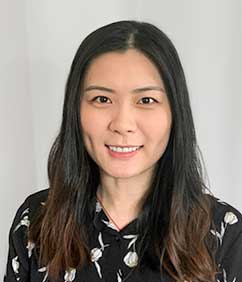 Chen is also an NYU alum, having completed her MBA at NYU Stern and her bachelor’s degree at NYU Steinhardt. 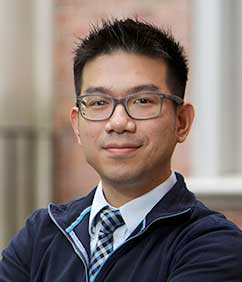 Richard Chen is the Director for Operations and Strategy of the Tax Law Center at NYU Law. He has a decade of experience in higher education, specializing in strategic planning, financial management, and building infrastructure for start-up teams within universities.

Prior to joining the Tax Law Center, Chen was the Director of Strategic Initiatives for the Office of Global Partnerships at The New School. He previously helped launch the Institute for Executive Education at NYU Law, managed logistics for international programs at NYU Stern, and worked in financial accounting and reporting at JP Morgan.

He holds an MPA in Public & Nonprofit Management from NYU Wagner and a BS in Finance and International Business from NYU Stern. 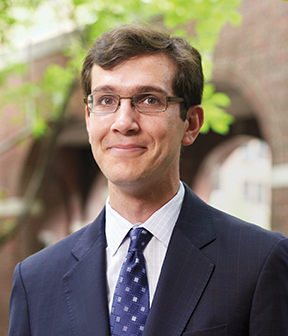 David Kamin is Professor of Law at New York University School of Law.

His scholarship focuses on budget and tax policy. He has written on a range of areas including taxation of capital, tax planning, tax reform options, retirement security, and budget process.

Kamin has served in the White House and on three presidential transition teams. Most recently, Kamin served as Deputy Assistant to the President and Deputy Director of the National Economic Council under President Biden from inauguration until May 2022, helping to coordinate economic policy response to the pandemic and policy on infrastructure, energy, tax, budget, and other areas. Before that, Kamin served as director of economic policy for the Biden-Harris transition team from June 2020 until inauguration. Kamin also served in President Obama's administration from 2009 to 2012. There, he served as Special Assistant to the President for Economic Policy at the White House and as special assistant, and later adviser, to the Director of the U.S. Office of Management and Budget. Kamin also served on the Obama-Biden transition team and on the Clinton-Kaine transition team.

Kamin has also worked at the Committee for Economic Development and the Center on Budget and Policy Priorities, focusing on budget projections, tax legislation, and social security reform in those positions.

Lily Batchelder is the Robert C. Kopple Family Professor of Taxation at NYU School of Law and an affiliated professor at the NYU Wagner School of Public Service.

From 2014 to 2015, she served as Deputy Director of the White House National Economic Council and Deputy Assistant to the President under President Obama. There, she was responsible for tax and budget issues, including tax reform, retirement policy, and low-income benefits. From 2010 to 2014, she served as Majority Chief Tax Counsel for the U.S. Senate Committee on Finance, where she led Chairman Baucus’s work on tax issues, including tax reform and the fiscal cliffs.

Batchelder’s principal areas of research and teaching are federal income taxes, wealth transfer taxes, and social insurance. Her scholarship centers on tax expenditures, business tax reform, retirement savings policy, wealth transfer taxes, optimal tax theory, and the effects of fiscal policy on economic insecurity, income disparities, and intergenerational mobility. Apart from her academic work, she regularly appears in the media and advises policymakers on fiscal policy matters. She is a member of the National Academy of Social Insurance and on the board of Tax Analysts.

Before joining NYU in 2005, Batchelder was an associate at Skadden, Arps, Slate, Meagher & Flom, director of community affairs for a New York state senator, and a client advocate for a small social services organization in Ocean Hill-Brownsville, Brooklyn. Batchelder received an AB in Political Science with honors and distinction from Stanford University, an MPP in Microeconomics and Human Services from the Harvard Kennedy School, and a JD from Yale Law School.