Rachel Barkow is Faculty Director of the center. She is also Vice Dean and the Segal Family Professor of Regulatory Law and Policy at New York University School of Law. Barkow’s scholarship focuses on applying the lessons and theory of administrative and constitutional law to the administration of criminal justice. She has written more than 20 articles, is a co-author on one of the country’s leading criminal law casebooks, and is recognized as one of the country’s leading experts on criminal law and policy. Barkow also serves as a Commissioner on the United States Sentencing Commission.

Courtney Oliva is Executive Director of the center. Before joining NYU, Oliva served for several years as an Assistant United States Attorney in the District of New Jersey and as a Special Assistant Attorney General with the New York State Office of the Attorney General. In these capacities, Oliva investigated and prosecuted a variety of federal and state crimes, including violent crime and drug offenses, theft of government funds, endangerment, criminally negligent homicide, and grand larceny schemes designed to defraud the New York State Medicaid program. Prior to becoming a prosecutor, Oliva spent several years in private practice representing individual and corporate clients in government, regulatory, and internal investigations and securities litigation. She received her BA from Brown University and her law degree from the University of Chicago Law School.  She can be reached at courtney.oliva@nyu.edu. 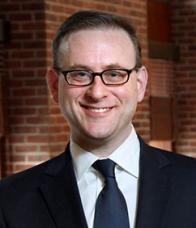 Michael Bosworth is a Senior Fellow at the center. Most recently, Bosworth served as deputy assistant to the president and deputy counsel to the president, where he oversaw domestic legal policy issues. Before his White House appointment, Bosworth worked as special counsel to FBI Director James Comey Jr. Prior to that, he was an assistant US attorney in the Southern District of New York, where he was co-chief of the Complex Frauds Unit. Earlier in his career, he served as a law clerk to three federal judges: Supreme Court Justice Stephen Breyer, Judge Robert Katzmann of the US Court of Appeals for the Second Circuit, and Judge Jed Rakoff in the Southern District of New York. He has received, among other honors, the National Association of Former US Attorneys’ J. Michael Bradford Award, which is given annually to one outstanding assistant US attorney. Bosworth is a graduate of Princeton University and Yale Law School. 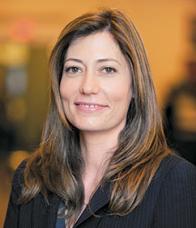 Anne Milgram is a Professor of Practice, Distinguished Scholar in Residence, and Senior Fellow at the center. Her work centers on reforming the criminal justice system through smart data, analytics, and technology.  From 2011-2015, as head of the Criminal Justice Initiative at the Laura and John Arnold Foundation, Milgram led the creation, development and national implementation of the Public Safety Assessment, a national pretrial risk assessment tool. The tool, in use across the United States, assists judges, police, and prosecutors in determining which criminal defendants pose a risk to public safety and should be detained prior to trial and which can be safely released. From 2007 to 2010, Milgram served as New Jersey’s Attorney General, where she led the 9,000-person Department of Law & Public Safety.

Ben Notterman '14 is a Research Fellow at the center. He is primarily responsible for researching and drafting reports for the Center's State Historical Clemency Project. The project launched in April of 2019 with a report on the historical use of sentence commutations in Pennyslvania. Before joining the Center in 2018, Ben clerked for the Honorable William J. Martini of the United States District Court for the District of New Jersey. Prior to that, he was a litigation associate with the firm Jones Day in New York. He is a graduate of Cornell University and New York University School of Law.

Rachel J. Wechsler is a Research Fellow at the center. She was the Associate Director (2019-20) of NYU Law's Lawyering Program and an Acting Assistant Professor (2017-20), for which she received the Podell Distinguished Teaching Award in 2020. Wechsler's work focuses on victims of gender-based violence and the criminal justice process. She received her doctorate in Criminology from the University of Oxford and her law degree from the University of Pennsylvania.