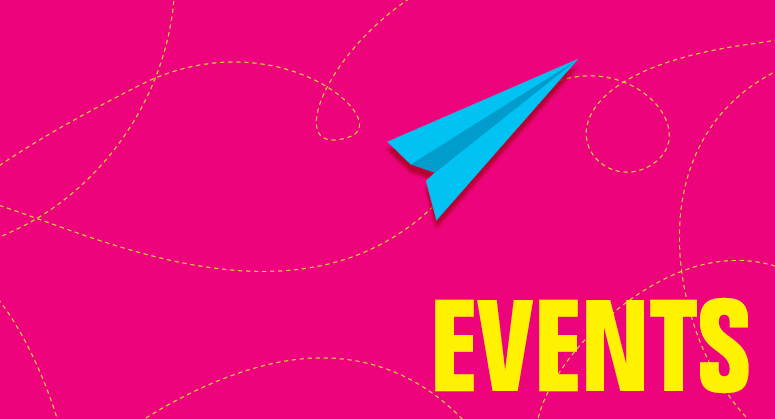 NYU Law Venture Fund: Lessons on Leadership from the GCs of Away and ClassPass
Thursday, April 7, 2022

Join us for an exciting conversation with Lydia Cheuk '97, GC of Away and Shana Neiditch '02, GC at ClassPass on the topic of leadership. This event was co-sponsored by the NYU Law Venture Fund and the NYU Law Women Group.

Join us to learn about startups from all angles! The discussion will feature perspectives from Law Professor Naveen Thomas, two startup attorneys, and two experienced founders. Continue networking at Happy Hour - Half Pint at 6:30 p.m. Open to all Law & Stern students! This event was sponsored by the JD/MBA Association, SE-SL, and Stern's ESA.

Join us for a conversation with Lauren Burke '09, to hear her story about her journey as an accidental social entrepreneur. Lauren has spent the last ten years building programs inside institutions, developing new nonprofits, and building projects to support a multifaceted array of social change workers. You can see examples of Lauren’s impactful work in these documentaries about child trafficking and immigration: Walking Merchandise and A Divided Road.

This event was co-sponsored by the NYU Law Venture Fund and the NYU Law Social Enterprise & Startup Law Group (SE-SL).

A conversation with Charlie Corwin '99, Co-CEO of SK Global, an independent film and television studio based in Los Angeles. We learned how he's used his legal education and career path to be an innovative thinker, creator, and leader.

This event was co-sponsored by the NYU Law Venture Fund and the NYU Law and Business Association.

The Relationship Between Founders and Venture Capitalists
Wednesday, October 6, 2021

Venture capital is relationship-driven. Building and maintaining a healthy relationship with investors is crucial for startup success.

The NYU Law Venture Fund and Social Enterprise & Startup Law group co-sponsored this conversation on the relationship between founders and venture capitalists featuring Jerry Ting, co-founder and CEO of Evisort, and Chase Roberts, principal at Vertex Ventures. Jerry and Chase discussed how founders and VCs can foster strong relationships over time and shared how their own relationship has evolved.

Earlier this year, Evisort—an emerging global leader in the legal tech space—announced $35M in Series B funding following a year of 4x revenue growth. The company is backed by leading strategic and institutional investors including Vertex Ventures. Legal tech companies have seen more than $1 billion in venture capital investments so far this calendar year, according to Crunchbase data.

What do Facebook, Peloton, and Nextdoor have in common? They are internet powerhouses that have grown through the power of communities. On Facebook alone, there are 70 million admins and moderators running active Facebook groups.

Online groups have grown leaps and bounds in the past decade, but their growth has accelerated at dizzying speed in the past year due to the pandemic. Without the ability to connect in person, many global citizens turned to online communities to create community and belongingness with others.

This event was co-sponsored by the NYU Law Venture Fund and Social Enterprise & Startup Law Group.

Alex Elias ’12, founder and CEO of Qloo, spoke to us about his company and career after law school. Qloo is a cultural artificial intelligence platform that leverages deep intelligence to connect and predict consumer taste across domains including media, entertainment, consumer products, fashion, hospitality and travel in a privacy-centric manner.

Jason Finger JD ’99, MBA ’99, co-founder and chairman of Upper90 Partners, spoke to us about his career and how one can launch a startup after law school.

Matt Walker ’07, managing director at S2G Ventures, spoke to us about his career and venture investing in sustainability. S2G Ventures is a Chicago-based investment firm focused on food and agriculture, human health, climate change, and planet health.

Eric Berry ’08, co-founder and CEO of TripleLift, spoke to us about his background in law and tech and his experience founding TripleLift, a technology company that is reinventing ad placement across desktop, mobile and video, and has more than tripled in growth each year.

Freedom from a Firm - Transitioning from a Traditional Legal Practice to a Tech Company
Tuesday, November 10, 2020

Vinay Jain ’09, vice president and senior counsel at American Express, and David Pashman ’97, general counsel at JW Player, discussed the transition from the legal industry to a tech company and ways to succeed at it.

Brandon Nelson ’99, general counsel and corporate secretary at JetBlue, spoke to us about his current role, JetBlue’s venture capital arm JetBlue Tech Ventures, and how JetBlue and the airline industry are navigating the COVID-19 pandemic.

Jerry Ting, founder and chief executive officer of Evisort, spoke with us about starting a Legal Tech startup out of law school. Founded out of Harvard Law and MIT and backed by Microsoft and leading early-stage venture funds, Evisort uses artificial intelligence to help companies organize, understand, and extract data from their contracts.

Felicity Conrad ’13, co-founder and CEO of Paladin, spoke with us about her journey from graduating law school to co-founding Paladin, and its work in the justice tech space.

Esther Dominguez ’97, general counsel at .406 Ventures, spoke with us about her legal career at venture backed and public companies in the high tech, ecommerce and services industries, and her current role at .406 Ventures.

The NYU Law Venture Fund hosted a virtual conversation with Sarah Kunst, managing director of Cleo Capital and a contributing editor at Marie Claire. Kunst spoke about her career as an angel fund investor, her company, Cleo Capital, and its investment strategy.

The NYU Law Venture Fund hosted a panel of 2008 NYU Law graduates to discuss their experiences in entrepreneurship and graduating Law School in times of economic uncertainty. Panelists for this discussion included Liron Brish ’08, Andrew Dick ’08, Alexandra Fung ’08, and Greg Raiten ’08. The conversation was moderated by D.K. Smith ’16 and Anthony Thomas.

The NYU Law Venture Fund hosted a virtual conversation with Scott Birnbaum, Founding Partner of Red Sea Ventures, who spoke about his company, Red Sea Ventures, its investment strategy, his views on investing during the COVID-19 crisis, and how the current circumstances are affecting the NYC startup community as a whole.

The livestream videos of the Forum can be found on the NYU Entrepreneur Facebook page.

Entrepreneurship & the Law: A Conversation with Camilla Marcus ’12
Thursday, January 30, 2020

Law Women hosted this event featuring NYU Law alumna and entrepreneur Camilla Marcus ’12. Ms. Marcus has a background in business development, law, and investing. Ms. Marcus's most recent venture is the launch of SoHo's west~bourne, and she has worked with NYC neighborhood restaurants in the past. She has previously worked in real estate investing for Colony Capital and CIM Group. Ms. Marcus is an active angel investor and the co-founder of TechTable, a hospitality technology thought leadership platform. She received a JD/MBA from New York University, an AA from the International Culinary Center, and a BS from The Wharton School.

Three NYU Law Venture Fund Advisory Jury members—David Lee ’99, chairman and co-founder of Refactor Capital, Melissa Tidwell ’03, former vice president and general counsel at Reddit, Inc. and Ramsey Homsany ’00, president and co-founder of Octant, Inc.—shared their stories and some advice on how students interested in entrepreneurship can brainstorm and pursue business ideas while in law school.

The NYU Law Venture Fund invited students to attend our fall info session to learn more about opportunities offered by the Fund, including the newly launched summer internships and equity investments.

This forum, hosted by the NYU Entrepreneurial Institute in partnership with the W. R. Berkley Innovation Labs, NYU Law, and NYU Tandon, took place at the Two Sigma Ventures office. The half-day event offered a series of panels on a variety of topics as well as a chance to network and meet the impressive female founders at NYU and in the greater New York City community.

Jake Yormak '13 and Nick Goss '13 shared their experiences leaving big law for business and spoke about how their legal education plays a part in their current roles.

Startup Innovation: The Role of Regulation in Entrepreneurship
Thursday, April 4, 2019

This conference addressed how direct and indirect regulations impact young startups, innovation, and disruptive technologies (such as Uber, 23&Me, and WeWork), and included a keynote discussion featuring Daniel Ramot, CEO of Via Transportation. The event was co-hosted by the NYU Law Venture Fund and the Classical Liberal Institute.

Starting a Startup at NYU: Meet the Founders!
Tuesday, February 26, 2019

During this panel discussion co-sponsored by the NYU Law Venture Fund and NYU Entrepreneurial Institute, NYU founders shared how they started companies while simultaneously managing their coursework. Panelists included: Kyleigh Russ (Wagner '19), Co-Founder of Govern for America; Riley Jones (Law '20), Co-Founder of BLOC; and Abhiroop CVK (Tandon '19), Co-Founder of FlareAgent. The panelists discussed how they took advantage of NYU's many entrepreneurial resources ranging from startup coaching, to educational programs, competitions, events, and funding.