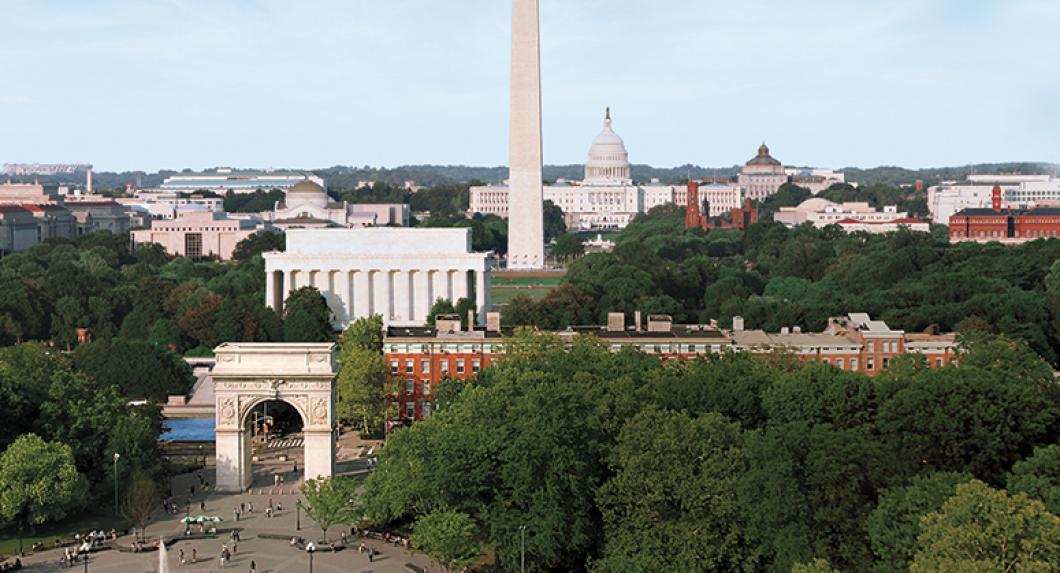 These are, most would agree, unusual times in American politics and government. Voters are polarized on a range of issues, and the current political and media environment appears to do more to foster divisions than bridge divides.

A sizable number of NYU Law graduates serve or have served in government—at all levels and in every branch. Many who are no longer public officials continue to participate in our nation’s democratic governance through such means as litigation, lobbying, or work in public interest organizations.

Given the tenor of the times, the Law School reached out to alumni with current or recent government experience and asked them to reflect on their roles.

What concerns do they have about the current environment, and how is it possible to operate successfully within it? Are there ways to be more effective operating outside government than within it? And what advice would they give to current students considering government service? 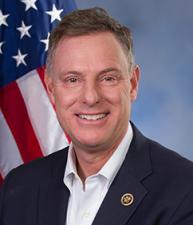 Scott Peters ’84
US Representative from California

While working as an environmental attorney in San Diego in the 1990s, I watched city leaders grapple with problems such as polluted beaches, incomplete infrastructure, and a stalled downtown redevelopment and ballpark project. I volunteered on citizens groups, but thought I could do more to make a difference. So I ran for city council and began my second career, in public service.

As city council president, and later as a port commissioner and congressman, I’ve leaned heavily on my legal training and my 16 years of practicing law. As lawyers, we are trained to analyze and understand issues, evaluate different parties’ ideas and positions, and come up with solutions that work for our clients. Sometimes, when we can’t make the deal or settle the case, we need to go to trial. It’s the same process for me in public office. It’s tremendously gratifying to work with my colleagues to be able to help improve opportunity and quality of life for San Diegans and all Americans. When we can’t agree, I know when and how to stand up and fight.

Today the climate in Washington, DC, is more about fighting than fixing, which is disheartening and disappointing for elected representatives and for the public. And today’s fundamental struggle is not about policy, but about the value and existence of the foundations of our democracy I believe we have come to take for granted. These include the independent judiciary and the rule of law, which lawyers uniquely understand and cherish. Our democratic institutions are tenacious. I trust that the American people care enough about our democracy and rule of law to right the ship and to continue every day to win the fight for our democracy that we have been waging for 240 years. As long as the foundation of our constitution survives, we can figure out our policy differences.

This year has brought a welcome enthusiasm for participation in our democracy. I hope the NYU Law community will engage in it with their votes, their time, and their money. Lawyers need to be standing up and speaking out. And to those considering running for public office, please do! Just make sure your desire is to help others rather than to seek your own glory. If you have a genuine calling to give back and to serve, I’m certain you will find elected service as rewarding as I have. 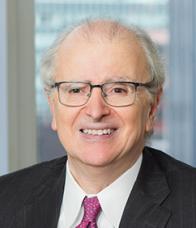 As the chief judge of the State of New York, I believed it to be my responsibility to advocate for systemic reform of the justice system. Since January 1, 2016, in my present role as a practicing lawyer at Latham and Watkins, I have continued my efforts to achieve fundamental change in our courts and the legal profession that promote equal justice and the rule of law. In this regard, I would note particularly my role as chair of the Independent Commission on New York City Criminal Justice and Incarceration Reform. Without the constraint of being the head of the Judicial branch of government in New York, I was free to accept this appointment to lead the Commission dealing with the very controversial subject of the Rikers Island jail facilities. Rikers has become the symbol of everything that is wrong with the criminal justice system in New York and the country, and the Commission’s report strongly recommended closing it.

In many ways, being a private citizen and attorney in a large global law firm has provided a great opportunity for me to strike out in bold new directions to help shape public policy. While I no longer have the public platform that I had as chief judge, I also do not have the internal institutional issues and concerns about inter-branch relations that were so much a part of my former role. Moreover, the political polarization in our country that can often impede meaningful governmental reforms, particularly in the criminal justice arena, is much less a factor for me given the freedom that I now have to advocate for policy reform and social change. These goals continue to be a major focus of my professional life. 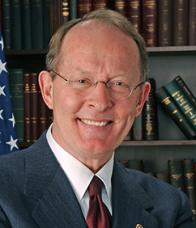 Lamar Alexander ’65
US Senator from Tennessee

Arthur T. Vanderbilt would be astonished by today’s “internet democracy.” Vanderbilt was the NYU Dean who in the 1950s began the Root-Tilden program to recruit scholars who demonstrated an aptitude for public service. I was one of those students, arriving from Tennessee in 1962 to live on Washington Square after my first ever trip to New York City. Since then, I have moved back and forth from business and law to public office while technology, especially the internet, has transformed politics and government, just as it has the rest of society.

Vulgarity, partisanship, and acrimony are in our faces. But the United States is a remarkable country still in need of accomplished public servants. For example, if there is a cure for cancer, a vaccine for Zika, or a medicine to reduce the impact of Alzheimer’s, it likely will be created in our country. Public servants can speed up those medical miracles—and have.

Congress recently provided what could amount to an increase of over $40 billion over the next 10 years for biomedical research and enacted “21st Century Cures”—legislation to move new medicines more quickly into medicine cabinets. This will accelerate personalized medicine and a “Cancer Moonshot.” As Republican chairman of the US Senate’s health committee, I worked with another former Root-Tilden scholar, Representative Diana DeGette ’82, Democrat of Colorado, to pass that law.

Here’s another example: Tennesseans will tell you we have the lowest taxes, least debt, fastest-improving schools and most rapid increase in auto jobs of any state. That didn’t happen by accident. It is the result of more than 40 years of Democrats and Republicans working together with similar goals.

Public service in the internet democracy is not for the thin skinned and faint hearted. But it was not so easy earlier when public officials dealt with slavery, wars, recessions, rights movements, and Watergate. Dean Vanderbilt might be appalled by today’s public discourse, but I’m pretty sure he still would urge his students to set their sights sometime during their careers on public service. 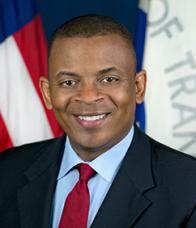 I first ran for elected office in 2005. I can remember the incredible passion I felt, returning home to Charlotte to remind my community of its role in nurturing a young man from its unsung west side. If the teachers, neighbors, faith leaders, and institutions could propel me to success, I surmised, I had a responsibility to reach back and use the vehicle of public service to help another generation. Over the ensuing 12 years, nothing has changed my view that public service can be a meaningful factor in shaping our communities, states, and our nation for the better.

At the same time, politics straddles a line between following public opinion and leading it.  When in doubt, it tends to follow. An engaged and knowledgeable public is essential to a well-functioning democracy. It is harder to be a good citizen today than ever. We live in a fact-free environment. Our representatives pick their constituents through redistricting, making it harder to elect people who break political loyalties for the common good. In fact, we, as citizens, are encouraged to think of ourselves as members of at least two different teams, the Red and the Blue, not members of the same team—the Red, White, and Blue.

Nowhere in our democracy is this so plainly seen as between urban and rural communities—places that struggle to educate their children, to escape poverty, to gain jobs, to obtain adequate housing and transportation access. As I seek to carve a private life after 12 years in the public arena, I want to understand the urban-rural divide better—and more importantly, find ways to build bonds of affection between these communities with struggles so similar. If we build a citizenry in which urban and rural communities build an agenda of common interests, political leaders will stop dividing them and focus on solutions. 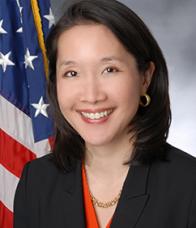 At a time of intense polarization across our country, I would like to be a part of building a broad coalition to reaffirm and advance our nation’s fundamental values of equality, justice, and human dignity. Creating a shared vision of opportunity for all is vital to the heart of our democracy. As I transition out of government, I aspire to continue the work of expanding opportunity by creating new pathways to good jobs for all communities and dismantling the structural barriers that remain for too many.

Serving as a commissioner and chair of the US Equal Employment Opportunity Commission (EEOC) for over four years, I relished the EEOC’s ability to shine a light on discriminatory practices across the country and catalyze change by tackling systemic barriers to hire, equal pay, and advancement through robust enforcement and guidance.

From my time as a plaintiff’s attorney representing workers in civil rights cases, I saw the critical role of independent voices to represent individual interests, challenge powerful corporations, and ensure that our government is accountable to all communities.

In the years ahead, it will be more important than ever for those outside the government to build formidable social movements to be the force for change that can transform communities and lives by creating real opportunities. It will take action from all of us—advocates, business and community leaders, labor, and public servants to identify our common ground and invest in solutions so that all our nation’s children can thrive.