Andreas Lowenfeld, Herbert and Rose Rubin Professor of International Law Emeritus, passed away on June 9, at the age of 84. 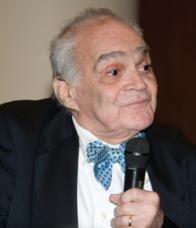 Lowenfeld made landmark contributions to legal scholarship and practice on issues as varied as extraterritorial jurisdiction, international arbitration, international monetary transactions, trans-border child abduction, international monetary law, investor-state dispute settlement, economic sanctions, enforcement of foreign judgments, aviation law, sovereign immunity, international trade, and civil procedure. His most recent work was the comprehensive International Economic Law, 2nd edition (2008, Oxford University Press). An avid supporter of the interaction between academics and practitioners, Lowenfeld was frequently an arbitrator in international disputes, public and private, and argued before the US Supreme Court, the Iran-US Claims Tribunal, and the International Court of Justice. He served as a reporter in two major projects of the American Law Institute, and was a lecturer twice at the Hague Academy, first in 1979 and then in 1994. In the 1994 lectures, he proposed criteria for a global community largely free of strict legal rules and based instead upon what he termed “reasonableness, not certainty.” If one of Lowenfeld’s trademark characteristics was reasonableness, one of the hallmarks of his work was his commitment to eliminating what he viewed as an unnecessary divide between public and private international law. In 2007, he was awarded the Manley O. Hudson Medal of the American Society of International Law for his achievements in international law.

After graduating from Harvard Law School in 1955, Lowenfeld served in the US Army and then went on to practice law with Hyde and de Vries in New York. Before becoming an academic, Lowenfeld served for five-and-a-half years in the Legal Adviser’s Office of the US Department of State under presidents John F. Kennedy and Lyndon Johnson. He provided strategic counsel to those presidents during the Cuban Missile Crisis; the Nuclear Test Ban Treaty; the so-called “Chicken War,” in which the US and the European Common Market sparred over poultry tariffs; and the US invasion of the Dominican Republic. He then served as a fellow for a year at the John F. Kennedy Institute of Politics at Harvard University before joining the NYU Law faculty in 1967.

Lowenfeld was not only a prolific and world-renowned scholar, but also a beloved teacher and generous mentor. The enormous impact that he had on his many colleagues and students was made clear when the NYU Journal of International Law and Politics paid tribute to his extensive and impressive scholarship at the Fourteenth Annual Herbert Rubin and Justice Rose Luttan Rubin International Law Symposium in April 2009. Former students—many of whom have gone on to pursue successful careers in international law—and academic colleagues came from across the country and around the world to honor Lowenfeld’s legacy.