Narratives of Injustice: The Equal Justice Initiative, led by Bryan Stevenson, is opening the National Memorial for Peace and Justice and the Legacy Museum 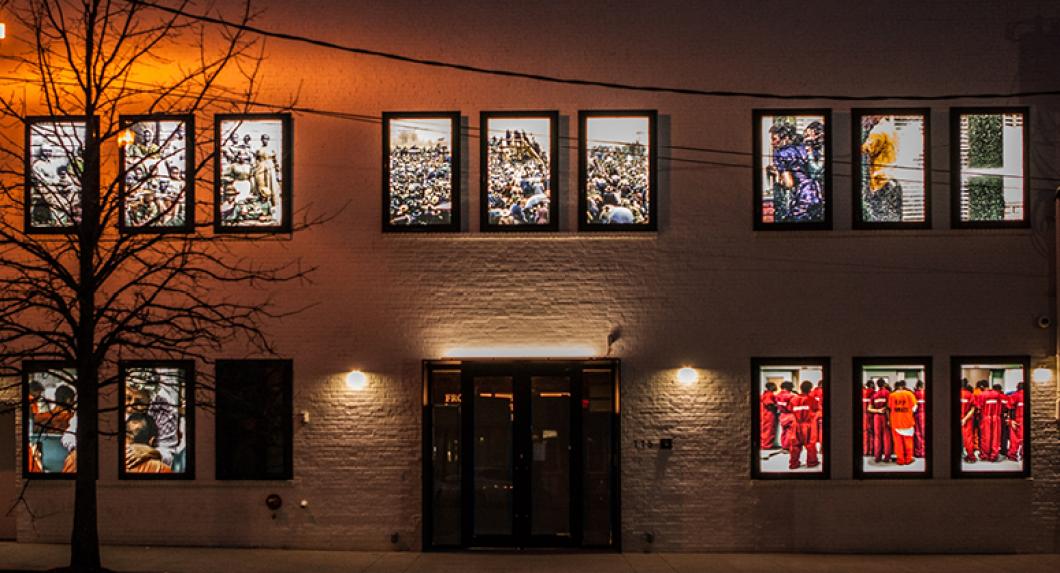 The American South is dotted with the iconography of the Confederacy, says Professor Bryan Stevenson, founder and executive director of the Equal Justice Initiative (EJI). Alongside the Confederate flags and monuments, however, there is little to mark the history of slavery and its legacy of racial violence.

To help the broader public revisit and understand America’s history of racial injustice, this April Stevenson and the EJI are opening the National Memorial for Peace and Justice, the nation’s first memorial dedicated to the victims of slavery, lynching, and racial segregation, and the Legacy Museum: From Enslavement to Mass Incarceration, which will challenge visitors to reexamine the narrative of racial difference in the United States.

Like the EJI, a nonprofit that works to reform the criminal justice system through advocacy and legal representation of prisoners, the museum and memorial are based in Montgomery, Alabama. “I can’t think of a place in America better situated to tell this story of slavery,” Stevenson says. Between 1850 and 1865, Montgomery was one of the most prominent slave-trading sites in the country, he says, and it is in the heart of the region most affected by lynching. Alabama is one of the states with the highest rates of incarceration, while the modern civil rights movement has its roots in the city, Stevenson says.

“This community is the perfect place to confront this history with the kind of transformative courage that can lead to a different future than the one we are destined to replay if we don’t think differently about where we’ve been,” he says.

Located on the site of a former warehouse used to imprison enslaved black people, the 11,000-square foot space features first person accounts of the domestic slave trade, research on the history of lynching and the Jim Crow era, and accompanying sculptures, videography, and other artwork. The memorial’s six-acre site contains more than 800 corten steel monuments, engraved with the names of lynching victims, that represent each county in the United States where a racial lynching occurred.

Stevenson’s work to memorialize this dark aspect of American society was in part inspired by what South Africa, Rwanda, and Germany have done to confront past human rights violations and provoke meaningful reconciliation. Unlike those countries, Stevenson says, the United States has done little to reckon with the evils of its past: “We haven’t created cultural spaces that motivate all of us to confront the legacy of slavery and lynching and segregation, and that push us to say, ‘Never again.’”

The Holocaust Museum in Washington, DC, is one of the few narrative museums in this country, Stevenson says, that generates that “never again” reaction he is aiming to evoke. “It is my hope that at the end of this experience people will engage more deeply in confronting the challenges posed by police violence in communities of color, posed by the wrongful convictions that have become epidemic in so many of our communities…and to have a greater awareness of how there is still a presumption of dangerousness and guilt that’s assigned to black and brown people,” he says.

The official opening ceremony of the Legacy Museum on April 26 will feature speakers that include Congressman and civil rights leader John Lewis, as well as performances from artists Bebe Winans, Sweet Honey in the Rock, and Ailey II. The same week, the EJI is hosting a Peace and Justice Summit of panels and events with figures such as Sherrilyn Ifill ’87, director counsel of the NAACP Legal Defense Fund; feminist and activist Gloria Steinem; University Professor Anna Deavere Smith; Ava Duvernay, award-winning director of Selma and 13th; former Vice President Al Gore; and Anthony Ray Hinton, one of Stevenson’s clients, who spent nearly 30 years on death row for a crime he did not commit.

More than two years of planning and construction and over $20 million in fundraising went into the creation of the museum and memorial. EJI senior attorneys Alicia D’Addario ’05, Jacqueline Jones-Peace ’95, Charlotte Morrison ’00, and Aaryn Urell ’05; staff attorneys Ryan Becker ’11, Claudia Flores ’11, and Benjamin Schaefer ’11; law fellows Evan Milligan ’16 and Adam Murphy ’17; and NYU Wagner graduate Madeline Kane were critical to the development of this project, Stevenson says. Stevenson also notes that the students in his course on Racial Justice and the Law as well as the members of his Equal Justice and Defender Clinic have been important partners in thinking through difficult issues presented in the museum and memorial.

“My philosophy in teaching has always been to create courses that require students to get outside of what’s familiar culturally, because I think we learn differently when we’re not allowed to rely on what’s familiar,” Stevenson says. “I think that’s true for confronting our history of racial inequality and it’s why I feel so strongly that taking the trip to Montgomery is a journey worth taking. So I invite everybody in the NYU community to become a part of this by joining us, by visiting, by experiencing the site and becoming a partner in how we confront the past to create a better future.”

“Bryan Stevenson delves into the causes and ills of mass incarceration and racial injustice, but sees hope in America's future”
NYU Law website, 10/27/14