Calamity and Identity: In Puerto Rico, crises lay bare issues of subjugation and sovereignty that have been a focal point of study at NYU Law 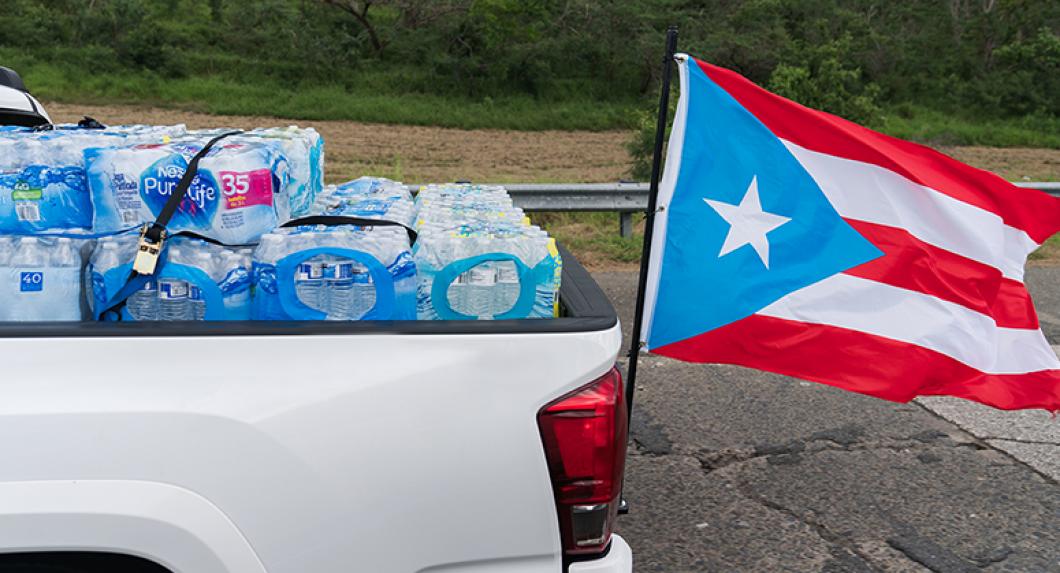 Professors Samuel Issacharoff and Clayton Gillette have neighboring offices, and both are experts on the architecture of government. Issacharoff, Bonnie and Richard Reiss Professor of Constitutional Law, generally focuses on constitutional blueprints for countries, while Gillette, who is the Max E. Greenberg Professor of Contract Law, zooms in close on states and cities. Recently, though, their work has intersected in a place that defies political definition: Puerto Rico.

The common issued they address is the extent to which Puerto Ricans govern their own affairs. From the time Spain ceded it to the United States in 1899, Puerto Rico’s muddled status has been one of its defining features. Its degree of autonomy has been interpreted, shaped, and shifted by courts, the US Congress, and the executive branch, and some would say that to this day it remains essentially a subjugated colony.

In recent years, two developments have brought this uncertain identity into sharp focus and highlighted the near powerlessness of Puerto Rico’s residents to shape their homeland’s destiny. The first was a fiscal crisis so acute that it led to federal intervention in 2015. The second was the devastation caused by hurricane Maria last September. With recovery barely underway, President Donald Trump seemed to question on Twitter whether the federal government bore full financial responsibility for reconstruction—something he didn’t raise in connection with hurricane damage to Houston or New Orleans.

Gillette has devoted much of his scholarship and teaching to the relationships between state and local government, often in the context of municipal bankruptcy. After Detroit filed for bankruptcy in 2013 and Michigan appointed an emergency manager for the city, Gillette supervised a team of NYU Law students who prepared a report for the manager assessing which forms of municipal governance would ensure fiscal stability.  Recently he co-taught the “Governments In Fiscal Distress Seminar” with Adjunct Professor of Law Richard Ravitch, a key player in the resolution of New York City’s fiscal crisis in the 1970s.

In 2015, burgeoning debt that threatened to put Puerto Rico into default prompted Gillette and University of Pennsylvania Law School colleague David Skeel to call for Congress to create a fiscal control board (FCB) that would have authority over the island’s fiscal affairs and efforts to restructure its obligations. Congress did just that in 2016, passing the Puerto Rico Oversight, Management and Economic Stability Act (PROMESA). PROMESA’s board, appointed by President Barack Obama, includes NYU Law Senior Fellow Arthur Gonzalez LLM '90, former chief judge of the US Bankruptcy Court for the Southern District of New York.

Moves like these often provoke controversy. An article in The Nation, identifying Gillette and Skeel as “the legal theorists behind the financial takeover of Puerto Rico,” criticized FCBs for supplanting locally elected officials with outside overlords. Gillette squarely addressed this critique in a 2014 Columbia Law Review article, provocatively titled “Dictatorships for Democracy: Takeovers of Financially Failed Cities.” While acknowledging antidemocratic aspects of FCBs, he argues that fiscal crises are typically the product of local mismanagement or dysfunction, and that to restore fiscal order, FCBs should be empowered to not only displace municipal governance, but also restructure it. Takeover boards, he notes, are temporary, and residents ultimately regain local control.

Of course, even before the PROMESA board was created, Puerto Ricans had long been subject to imposed political authority. In 2015, then-governor Alejandro Garcia Padilla retained Issacharoff for advice in connection with a planned plebiscite on the island’s status—the sixth such vote in the last half century, in which Puerto Ricans have selected from a varying mix of options, including independence, statehood, or continuation as a commonwealth.

The plebiscites have no binding effect, and none have led to any change in the island’s political status. But the work that Issacharoff did in the connection with the most recent plebiscite, aided by three of his NYU Law research assistants (Alexandra Bursak ’17, Russell Rennie ’17, and Alec Webley ’16), served as the genesis for an article they have co-authored, “What is Puerto Rico?”

The article documents “the island’s ongoing crisis of constitutional identity,” manifest in myriad ways. It is referred to in English as a “commonwealth” and Spanish as an “estado libre asociado” (“free associated state”), neither of which has any clear definition. Puerto Ricans are US citizens, but pay no federal taxes; they fight in the US military, but island residents can’t vote in federal elections.

While the question posed in the article’s title confounds even the authors who posed it, they do suggest paths to resolution. And they call on the federal government to provide “a clearer and better legal answer.”

The destruction wrought by hurricane Maria does not change Issacharoff or Gillette’s takes on the island’s pre-storm woes, but, Issacharoff says, it makes the problems “all the more acute.” With Puerto Rico’s economy now on life support, the PROMESA board “has a tougher job, not necessarily a different job,” says Gillette.

The hurricane “converted a primarily fiscal crisis into a humanitarian crisis,” says PROMESA board member Gonzalez. “Where once we saw the island as being able to succeed … primarily without federal assistance, the enormous cost now required to rebuild the infrastructure could not be accomplished without federal assistance,” he says, adding that “substantial federal funds have been made available.”

But it wasn’t immediately clear how much assistance would be forthcoming. “Under President Trump,” Issacharoff notes, “Maria was a moment where the federal government was initially saying, ‘Not only do you not have rights vis-à-vis us, but maybe we don’t have responsibilities vis-à-vis you.’” As he and his co-authors put it in their article, “Even in the midst of a natural disaster, there was no escaping the exposed wound of the political status of Puerto Rico.”