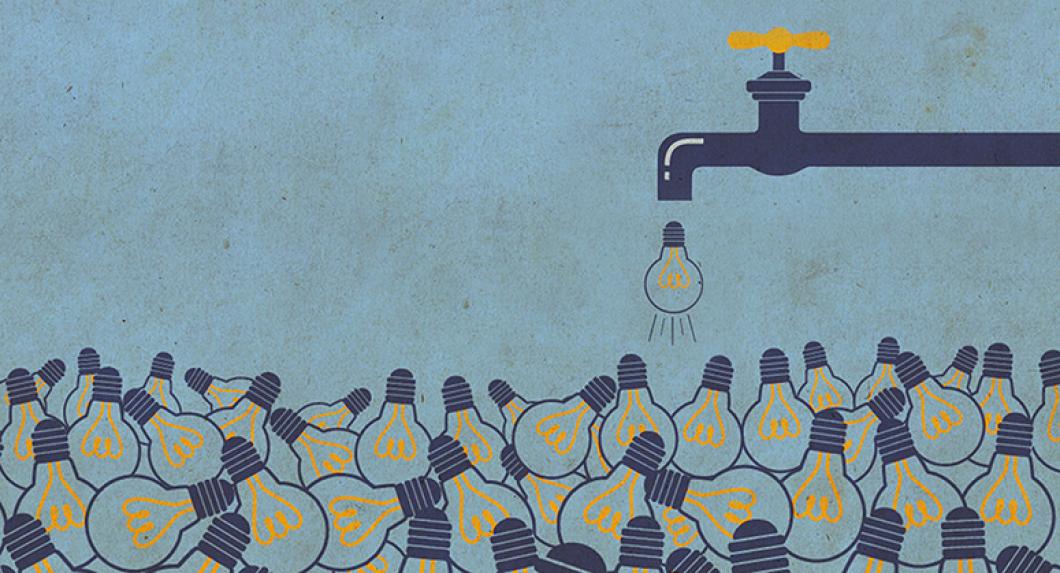 If you’re looking for a name for your start-up company, you may want to consider “Although.” Or perhaps “Showed.” Or “Seemed.” Not the most memorable or edgy, perhaps, but they do have this virtue: Of the top 1,000 most frequently used English words, they are the only three that are not used in active registered trademarks.

That is one of many statistics Professors Barton Beebe and Jeanne Fromer cite in their Harvard Law Review article, “Are We Running Out of Trademarks? An Empirical Study of Trademark Depletion and Congestion.” Their assessment leads them to a dire conclusion.

“Rates of word mark depletion and congestion are increasing and have reached chronic levels, particularly in certain important economic sectors,” they write. “The result is that the ecology of the trademark system is breaking down, with mounting barriers to entry, increasing consumer search costs, and an eroding public domain.”

Press reports have looked at the issue anecdotally, as did an episode of the television series South Park, in a decidedly R-rated fashion. But Beebe, who is the John M. Desmarais Professor of Intellectual Property Law, and Fromer are the first to roll up their sleeves and look at the data.

“There is so little empirical work that has been done in trademark law, that even certain questions that seem basic have gone uninvestigated,” says Fromer. Digging into a US Patent and Trademark Office (PTO) dataset that included information on the 6.8 million trademark applications filed from 1982 through 2016, she and Beebe found that 97.1% of the 86,408 most frequently used American English words are trademarked or “confusingly similar” to an active trademark. And of the top 10,000 US surnames, all but 19 are confusingly similar to an active trademark.

The depletion of available trademarks, Beebe points out, is not unlike the exhaustion of the world’s natural resources. “Much like the environment, it would never have occurred to us years ago that our economy could reach a state of development where we would run out of words,” he says. “It’s still hard to quite internalize that this could be possible.”

Of course, if you string together enough words or a random assemblage of letters, you’ll come up with something unclaimed to trademark. It’s the supply of good options that is near exhaustion. “We heard the rule of thumb that trademarks should be seven characters or fewer, or two syllables or fewer, to keep them short, snappy, and memorable,” Fromer says. “And over time, as more and more are being claimed, there’s a greater barrier of entry for new businesses, and it’s going to be harder for them to find a good name.”

Indeed, Beebe and Fromer found that there has been shift towards applications for “suboptimal” marks—“less often for standard English words and common surnames and more often for more complex marks, as measured by character, syllable, and word count.” They also found substantial “congestion,” in which multiple registrants use the same mark. That’s permitted when it won’t confuse consumers (such as “Delta” for the faucet brand and for the airline), but is not ideal for many businesses.

Finding a solution to trademark depletion is not simple. “We want to make sure any reforms we propose do not end up creating even greater barriers to entry for new applicants,” Beebe says. However, in their paper, he and Fromer suggest several changes that could help. Increasing maintenance and renewal fees for existing trademarks, for example, could increase the likelihood that registered marks would be “released back into the wild” by owners who find them no longer cost beneficial to hold. And because US trademark law protects only marks that are in use, the use requirement could be tightened and more strictly enforced.

One thing not exhausted is Beebe and Fromer’s interest in this topic. They plan to expand their empirical research to the European Union (with not only different law, but also multiple languages) and to other naming regimes, such as the Delaware Corporate Registry. And they may examine the use of visual marks. Says Fromer: “There’s a lot of interesting research still to be done.”

"Experimenting with the Law: Faculty are testing laws and human behavior in areas ranging from creativity to voting"
NYU Law website, 4/29/15