When Ndidi Oriji ’03 graduated from NYU Law, her mother gave her an unusual gift: a piece of construction paper with the summary of a play-pretend court case she had written as a child—inspired by the television show LA Law—to settle a dispute between her younger brother and sister. The make-believe litigation offered early evidence of Oriji’s dual interests in law and entertainment. Now, she mixes her two passions as senior vice president of advertising standards and practices at NBCUniversal. 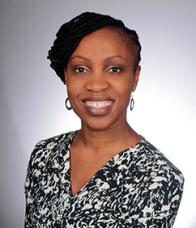 The importance of television in Oriji’s early life was in part due to her experience moving to America as a child, she explains. Though she was born in New Jersey, Oriji’s family left when she was six months old to go back to Nigeria, where she spent most of her early childhood.  “Coming back to the US at 10, most of the stuff I learned about American culture I learned from television,” she says.

Despite her early interest in television and popular culture, Oriji originally entered NYU Law to pursue international law. Her first exposure to entertainment law came as a summer associate at Paul, Weiss, Rifkind, Wharton & Garrison, which at the time, Oriji says, was one of the few large firms that had an entertainment law practice. In her 3L year, an Entertainment Law elective cemented her interest in the field.

As a law student, Oriji also developed a strong community through her involvement with the Black Allied Law Students Association (BALSA)—a community that she maintains to this day. “The women who were in my class have been a great support,” Oriji says. “We have a listserv where we share all kinds of things, including issues that come up specifically for us as black women in the legal profession.”

Lidia Kidane, vice president at Bank of America Merrill Lynch, is Oriji’s former roommate and a member of that same listserv. Of Oriji, she says, “You can tell immediately when you meet her that she’s a leader. She’s an incredibly kind person and really looks out for others—so I’m envious of people who have her as a manager.”

Those leadership skills have been key to Oriji’s success at NBCUniversal, where she started in the law department’s Intellectual Property Practice Group, specializing in sweepstakes, contests, and promotions. In her current role, she leads a department that reviews all advertising that appears on NBCUniversal’s broadcast network, certain high-risk advertising that airs on NBCUniversal’s cable networks, as well as internally produced advertising. One of the challenges of this position, Oriji says, is the sheer size of the company: “When I first took on this role, I realized that there were all these different groups within the company that touched on advertising standards matters, and they didn’t  have a way to talk to each other.” Her solution was to found the Advertising Standards Council, a group that includes people from across the company, allowing conversations about policy changes in advertising standards to happen on a company-wide basis.

When she’s not managing advertising policies, Oriji performs as a stand-up comic. Along with a friend who is a full-time comedian, Oriji hosts a monthly comedy show called “Comedy Diaspora” at a Senegalese restaurant in Brooklyn. “Even as a student, she would maneuver comedy and lightheartedness into everything we did,” Kidane says. “I remember her writing cartoons and jokes next to me [in class], but in the meantime, when a professor asked a question, she could raise her hand and immediately answer it.”

Oriji notes that comedy and legal skills are not as unrelated as one might assume. “If you think about the way you write jokes classically, you have a premise, you have beats after that that speak to the premise, and there’s the rule of threes,” she says. “It fits really well into the way that most lawyers think, and so I find it to be a really great creative outlet.”

But don’t look for her to be featured in NBC’s roster of sketch comedians anytime soon—Oriji prefers to keep her creative and legal interests balanced. “I’ve never really wanted to be a performer full time. I enjoy it—but I’ve also really enjoyed being a lawyer. I like thinking about things in a methodical way and studying problems and figuring out solutions,” she says. “I don’t think that part of my work is something that I’d ever give up.”