Michael Levine, distinguished research scholar and senior lecturer, passed away last week. He had a long, varied, and distinguished career in academia and in industry, and served the Law School for over 10 years. 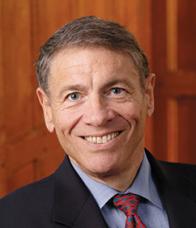 In a statement to the NYU Law community, Dean Trevor Morrison said, “Mike was a generous and thoughtful colleague, an original thinker, a lively instructor, and a vigorous and active participant in the intellectual life of the Law School.”

Levine had a long and deep involvement with aviation throughout his career. As a student at Yale Law School, he wrote a highly influential note on the case for rate deregulation. He helped implement that vision in the late 1970s, when he served on the US Civil Aeronautics Board as general director of international and domestic aviation. Later in his career, he served as executive vice president of Northwest Airlines and Continental Airlines, and as president and CEO of New York Air. While at Northwest, Levine was responsible for strategy, marketing, pricing, route planning, information technology, and developing alliances. Over the course of his career, he was named among the 10 most influential pioneers in the history of commercial aviation by Airfinance Journal, received the Transportation Research Foundation’s Distinguished Lifetime Transportation Researcher award, and was the recipient of the Civil Aeronautics Board’s Distinguished Service Award. He was also a licensed pilot.

In addition to being a pioneer in the airline industry, Levine was an innovator in higher education. A student of Ronald Coase and Robert Bork during his graduate studies in economics, he was an expert in airline deregulation, regulatory capture, and regulatory agencies, which led to the publication of important articles on agenda setting and the role of price discrimination in competitive markets. Levine served as dean of Yale University's School of Management from 1988 to 1992. He also held professorial chairs at California Institute of Technology and the University of Southern California Gould School of Law, implementing a pathbreaking interdisciplinary program in law and social sciences at each. Prior to joining NYU Law in 2005, he held teaching positions at Harvard and Yale law schools, and was a visitor at the Massachusetts Institute of Technology, the London School of Economics and Political Science, and Duke University, among many other schools.

Levine was a graduate of Reed College and Yale Law School.