In its spring conference, NYU Law’s Program for Corporate Compliance and Enforcement brought together enforcement officials, academics, white-collar defense lawyers, judges, and other members of the bar to discuss the efficacy and future of corporate criminal enforcement policy. Titled “Corporate and Individual Liability for Corporate Misconduct After the Yates Memo,” the invitation-only event focused on policy both in the US and abroad in the aftermath of revised US Department of Justice guidelines, announced by Deputy Attorney General Sally Yates at the Law School last fall, for prosecuting individual actors implicated in corporate wrongdoing. 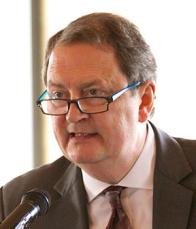 David Green, director of the United Kingdom’s Serious Fraud Office (SFO), delivered a keynote address that shed light on the prosecutorial activities and goals of the SFO, especially as compared to those of the US Department of Justice. He illuminated the rules about corporate criminal liability in England and explained why they pose real obstacles to the prosecutor. Because of something called the identification principle, the SFO must identify the “controlling mind” of the company—typically someone at the board level—and demonstrate that the person was complicit in the criminality. The challenging requirement makes prosecuting large companies difficult, which has undermined public confidence and motivated the boards of such organizations to keep their distance. It is a perverse result of the identification principle, said Green, that it is easier in England to prosecute a very small company than a large one.

Green also discussed deferred prosecution agreements in the UK. The SFO has taken the US model and adapted it for the UK jurisdiction and legal context. Historically, England has lacked the option of a fully negotiated outcome in criminal proceedings. Today, however, the SFO’s deferred prosecution agreements allow a cooperative corporate entity to account to a criminal court for its wrongdoings without incurring conviction.