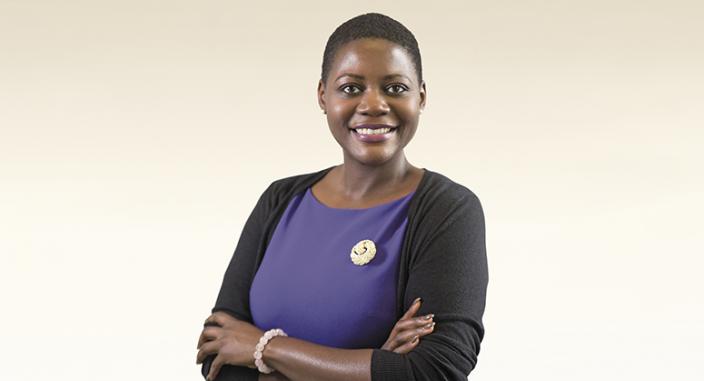 Chantá Parker ’06 defines herself as a “helper.” And it is through this lens, she says, that she relates to the world. That disposition led Parker to NYU Law, where she uncovered a strong interest in becoming a public defender. Eleven years after graduating, Parker has already held a wide range of positions as a public defender, working for the Orleans Public Defenders (OPD), Neighborhood Defender Service of Harlem (NDS), and Legal Aid Society. Most recently, Parker serves as the special counsel for new initiatives at the Innocence Project, where she brings her individual representation experience to bear on larger, systemic criminal justice issues.

An alumnus of the Criminal Defense and Reentry Clinic, taught by Professors Anthony Thompson and Kim Taylor-Thompson, and the Juvenile Defender Clinic, taught by Professor Randy Hertz, Parker notes that her experiences in both clinics inspired her to make public defense her life’s work. “My clinic community was really important in just preparing me to think about what it would be like to be a public defender, and to know that there were folks I could talk to about the challenges I was going through.”

Even as a student, Taylor-Thompson explains, Parker was very thoughtful about how she wanted to address the systemic issues she saw in the criminal justice system: “She realized that in order to be able to assess policy and to make the kind of judgments that will help clients and their communities, you need to start with individual representation and understand that fully before you can think about the larger picture.”

After completing the public defender training program at Gideon’s Promise, Parker accepted a position at OPD. It was there, Parker said, that she witnessed firsthand the problems in the criminal justice system, such as lack of resources for public advocates and the injustice of people held in jail for minor drug arrests without a set bail. She faced similar issues in her position at NDS, but through NDS resources, she was able to work more on holistic representation, connecting clients to social services.

One of Parker’s strengths, Taylor-Thompson notes, is her ability to bring her empathy for her clients to court. In one instance, Parker successfully advocated for a judge to release her client—charged in a minor drug possession case—who had stage-four liver cancer, to allow him to spend time with his mother before he died. “It was a heartbreaking case,” Parker says. “But I’m proud of it because I do believe that no matter what someone has done, they deserve to die with dignity.”

Parker later gained experience as a supervisor at Legal Aid Society, where she worked with approximately 30 attorneys on developing their trial skills and strategy. Now, at the Innocence Project, Parker is looking to develop strategies to address what she considers to be a crisis in indigent defense nationwide.

Co-founded by Peter Neufeld ’75, the Innocence Project focuses on exonerating the wrongly convicted using DNA testing and reforming the criminal justice system to prevent future wrongful convictions. There, Parker says, she is investigating how wrongful convictions can happen not only on a major case level, but on minor issues as well. In particular, she says, there are 10 million cases filed per year at the misdemeanor level, and over 95 percent of them end in guilty pleas. “There’s this pressure from the court to resolve cases quickly,” Parker says, so often people proceed without the advice of an attorney to which they legally have a right. It’s an issue entrenched in the country’s criminal justice system, Parker says, and adds that she is just beginning her advocacy to fix it: “The first step is to do public education—just letting folks know what is really happening in misdemeanor courtrooms across the country.”

Taylor-Thompson sees Parker’s latest role as the natural next step in what is already an impressive public interest career. “When she was in the Law School, we caught glimpses of the amazing lawyer she would turn out to be,” Taylor-Thompson says. “It’s been lovely to watch her progression, and to really see her blossom into this fierce advocate. She’s really a powerful voice for her clients.”

“The Price of Freedom: How NYU Law is helping to address the injustices of the bail system”
NYU Law website, 1/30/17

“The Age of Criminality: Kim Taylor-Thompson advocates for a bright-line rule to keep juvenile offenders out of adult courts”
NYU Law website, 1/12/16