Balance of Power: In his new book, Burt Neuborne offers concerned US citizens guidance on how to help bolster American democracy 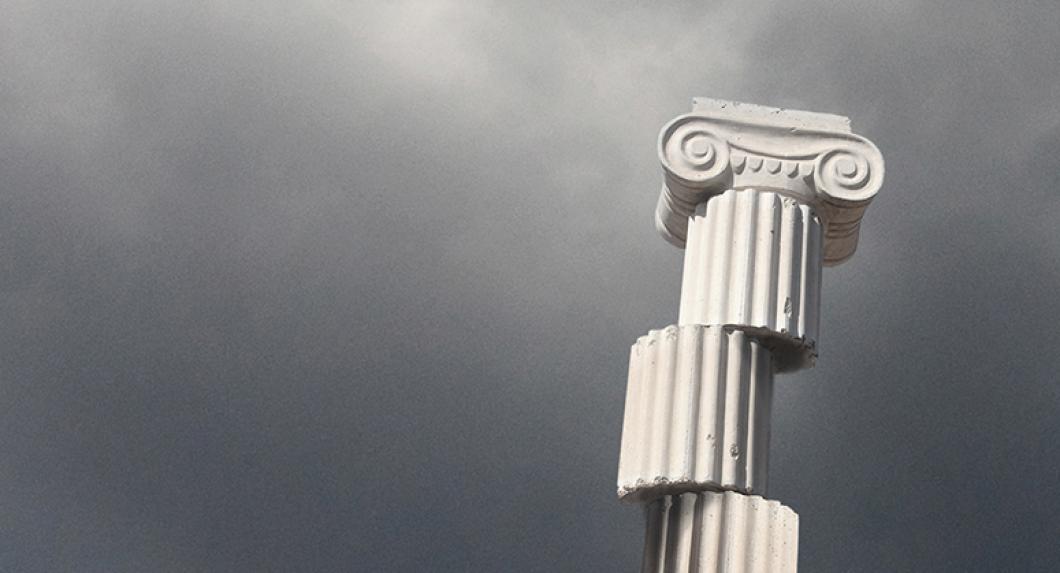 In his new book, Burt Neuborne offers concerned US citizens guidance on how to help bolster American democracy.

Burt Neuborne, Norman Dorsen Professor of Civil Liberties, finds poetry in the seemingly unlikeliest of places. His last book, Madison’s Music: On Reading the First Amendment (2015), argued that the “order, structure, meaning, and placement” of the 45 words comprising the First Amendment lend themselves to being read as a poem; it was inspired by the poet Wallace Stevens’s “The House Was Quiet and the World Was Calm,” which lauded the transcendent act of reading.

The current tumult of US politics, Neuborne suggests, requires something like a star. The book, he says, considers “how well [the system] is positioned to resist the enormous pressures that are going to be put on it when at times the mob is swayed.”

Neuborne decided to write the book the day after the 2016 election. He formulated an essential question: “Will our institutions hold to the point where Trump will just be a passing phenomenon, a bump on the road, or are we really at risk of losing the entire structure?”

In When at Times the Mob Is Swayed, Neuborne performs a stress test on the US Constitution’s four pillars—representative democracy, judicial protection of constitutional rights, limits on presidential power, and respect for the role of states—and reports they all have serious cracks.

Characterizing the Constitution as a document that helps prevent American democracy from turning into “an angry, fearful mob—a runaway political train fully capable of crushing anyone in its path,” Neuborne describes an “internal” set of electoral brakes and an “external” set of judicial review brakes that are both in need of repair. He argues that the electoral brakes are threatened by a US Senate that gives a disproportionately large share of representation to white rural voters while underrepresenting urban voters of color, as well as by partisan gerrymandering in the US House of Representatives. Meanwhile, he adds, the Supreme Court has taken on an increasingly partisan cast. 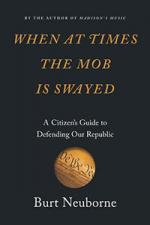 Neuborne, who has served as national legal director of the American Civil Liberties Union and founding legal director of the Brennan Center for Justice, writes that the Trump administration’s policies “are not fundamentally different from the right-wing policies I’ve struggled against for most of my career.” What most disturbs Neuborne, he says, is Trump’s rhetoric—against immigrants, political opponents, journalists, scientists, and other groups. “It’s almost as though he doesn’t understand the forces that he sets loose when he uses that rhetoric,” Neuborne says—forces that encompass “ignorance, anger, misogyny, racism, xenophobia, selfishness, bigotry, fear, and greed.”

What does Neuborne suggest that the ordinary citizen do? “There’s nothing that will fix and save democracy except people who rally behind it and use the tools that we have to be able to make it work,” he says. “A passive response to Trump is a virtual guarantee that he’ll win. The only way that we can beat him is if we actively fight back, with voting as the principal mechanism.”

Neuborne offers numerous suggestions about how to increase the power of voters, such as proposing that elections should be held on Veterans Day so people can vote on their day off. Neuborne also argues for measures such as ending felon disenfranchisement, making voting an opt-out rather than an opt-in process, easing voter registration, shifting to preferential voting, and looking to state courts rather than the US Supreme Court to combat partisan gerrymandering.

After analyzing the state of Supreme Court jurisprudence and separation of powers, Neuborne makes a case for the progressive use of federalism, or “states’ rights.” Although that doctrine is widely associated with opposition to racial equality, Neuborne cites sanctuary cities, as well as jurisdictions that mandate net neutrality, environmental protections, and more stringent regulation of the gig economy as recent examples of states using federalism to pursue more progressive policies. “Progressives should recognize that federalism needn’t be just a shell game designed to protect the strong…[but] is simply another technique for protecting the weak against tyranny or neglect of the majority,” he writes.

Neuborne ends the book with a section entitled “Night Sweats—What If It All Comes Apart?” that raises two disturbing scenarios for deepening authoritarian rule in the United States. Yet the book’s forecast of the future of American democracy is ultimately optimistic. “The longer I worked on the book,” Neuborne says, “the more I realized that help is already there, but [citizens] have to use it.”

Watch a discussion on When the Mob Is Swayed with NYU Law professors Burt Neuborne, Rachel Barkow, and Adam Samaha, hosted by the Brennan Center for Justice (1 hr, 10 min):

“Listening Closely: Burt Neuborne examines the structure of the Bill of Rights and its implications for the First Amendment”
NYU Law website, 2/18/15