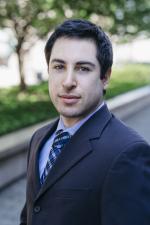 Professor Jonathon Zytnick joined Georgetown Law in Fall 2022 as an Associate Professor of Law. Previously, he was a Post-Doctoral Fellow at the Institute on Corporate Governance and Finance at New York University School of Law. He has published in the Journal of Financial Economics and the Journal of Empirical Legal Studies, and was awarded the Investment and Wealth Institute’s 2022 Governance Insight Award. Jonathon served as Counsel to Commissioner Robert Jackson at the U.S. Securities and Exchange Commission, practiced in the Corporate group at Paul, Weiss, and clerked for the United States Court of Federal Claims. He earned his PhD in Economics from Columbia University, where he was awarded a National Science Foundation Graduate Fellowship and the Wilma Soss Fellowship for research relating to the democratic functioning of corporations and the rights of stockholders. Previously, he earned a JD from Yale Law School, where he was an Olin Fellow and recipient of the Philip Glusker Scholarship. His research focuses on business law and corporate finance, with an emphasis on shareholder voting.